Can your view of external factors affecting human flourishing be summed up in a collection of quotes? 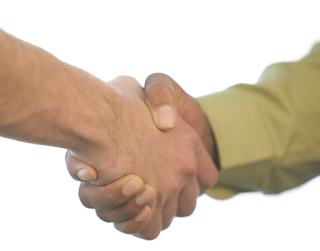 Just as sunshine, water and nutrients are necessary for plants to flourish, so too are external factors necessary for human flourishing. Aristotle was criticized by some other ancient Greek philosophers for holding that view, but it is hard to see how it could be contentious if human flourishing is viewed as the exercise of practical wisdom to pursue goals that each individual values in the circumstances in which they find themselves. The extent that we flourish - the quality of our lives - is not entirely divorced from the outcomes of our efforts to obtain the goods we value.

As in the preceding post, which focused on the internal (personal development) aspects of human flourishing, the quotes I have selected below have been chosen on the basis that they support what I hope is a coherent set of propositions about external factors affecting individual human flourishing.

1. Human nature is probably shaped by multi-level evolutionary processes.
“Natural selection works at multiple levels simultaneously, sometimes including groups of organisms. I can’t say for sure that human nature was shaped by group selection – there are scientists whose views I respect on both sides of the debate. But as a psychologist studying morality, I can say that multilevel selection would go a long way toward explaining why people are simultaneously so selfish and so groupish.”  Jonathan Haidt, The Righteous Mind, 2012, p 218.

2. There seems to be broad agreement about virtues among almost all religious and philosophic traditions.
“Led by Katherine Dahlsgaad, we read Aristotle and Plato, Aquinas and Augustine, … Buddha, La-Tze, … the Koran, Benjamin Franklin … some two hundred virtue catalogues in all. To our surprise, almost every single one of the these traditions flung across three thousand years and the entire face of the earth endorsed six virtues: … wisdom, courage, humanity, justice, temperance, and transcendence.” Martin Seligman, Authentic Happiness, 2002, p 132-3.

3. Our social interactions encourage us to judge our own conduct as impartial spectators.
“Every man is, no doubt, by nature, first and principally recommended to his own care; and as he is fitter to take care of himself than any other person, it is fit and right that it should be so. … If he would act so as that the impartial spectator may enter into the principles of his conduct, which is what of all things he has the greatest desire to do, he must … humble the arrogance of his self-love, and bring it down to something that other men can go along with. … In the race for wealth, and honours, and preferments, he may run as hard as he can … in order to outstrip his competitors. But if he should jostle, or throw down any of them, the indulgence of the spectators is entirely at an end. It is a violation of fair play that they cannot admit of.” Adam Smith, The Theory of Moral Sentiments, 1759/1984, II.ii.2.1.

4. Freedom was made possible by the evolution of abstract rules of conduct which enabled mutually beneficial transactions among strangers.
“Man has not developed in freedom. The member of the little band to which he had to stick in order to survive was anything but free. Freedom is an artefact of civilization that released man from the trammels of the small group, the momentary moods of which even the leader had to obey. Freedom was made possible by the gradual evolution of the discipline of civilization which is at the same time the discipline of freedom. We owe our freedom to restraints of freedom. ‘For, Locke wrote, ‘who could be free when every other man’s humour might domineer over him?’ …
The great change which produced an order of society … for the preservation of which he had to submit to learnt rules which were often contrary to innate instincts, was the transition from the face-to-face society, or at least of groups consisting of known and recognizable members, to the open abstract society that was no longer held together by common ends but only by the same abstract rules.” Friedrich Hayek, Law, Legislation and Liberty, 1982, VIII, p 163-4.

5. The concept of natural law was important in opening the way to recognition of the right to liberty.
“The state of nature has a law of nature to govern it, which obliges every one: and reason, which is that law, teaches all mankind, who will but consult it, that being all equal and independent, no one ought to harm another in his life, health, liberty, or possessions … (and) when his own preservation comes not in competition, ought he, as much as he can, to preserve the rest of mankind, and may not, unless it be to do justice on an offender, take away, or impair the life, or what tends to the preservation of the life, the liberty, health, limb, or goods of another.” John Locke, The Two Treatises of Civil Government, 1689, II, 6.

6. The “progress of society toward real wealth and greatness” is hindered by restrictions on natural liberty.
“All systems either of preference or of restraint … being thus completely taken away, the obvious and simple system of natural liberty establishes itself of its own accord. Every man, as long as he does not violate the laws of justice, is left perfectly free to pursue his own interest in his own way, and to bring forth both his industry and capital into competition with those of any other man, or order of men.” Adam Smith, Wealth of Nations, 1776, IV.ix,50,51.

7.  The economic betterment that has vastly improved the lives of an increasing proportion of the world’s population over the last 300 years can be attributed to the ‘bourgeois deal’.
“Then after 1798 … life in quite a few places got better. Slowly, and then quickly, and by now with unstoppable, ramifying worldwide force, it got much better. Material life got better not merely for Europeans or imperial powers or Mr Moneybags, but for ordinary people from Brooklyn to Beijing.
The betterment stands in human history as Great Enrichment, the most important secular event since we first domesticated squash and chickens and wheat and horses. …
The real engine was the expanding ideology of liberty and dignity that inspired the proliferating schemes of betterment by and for the common people. Liberty and dignity for ordinary projectors yielded the Bourgeois Deal: ‘You accord to me, a bourgeois projector, the liberty and dignity to try out my schemes in voluntary trade, and let me keep the profits, if I get any, in the first act – though I accept, reluctantly, that others will compete with me in the second act. In exchange, in the third act of a new, positive sum drama, the bourgeois betterment provided by me (and by those pesky, low quality, price-spoiling competitors) will make you all rich.’ And it did.” Deirdre McCloskey, Bourgeois Equality, 2016, p 21.

9. Classical liberalism is not an all-embracing ethic.
“As liberals, we take freedom of the individual, or perhaps the family, as our ultimate goal in judging social arrangements. Freedom as a value in this sense has to do with the interrelationships among people; it has no meaning whatsoever to a Robinson Crusoe on an isolated island (without his Man Friday). … Similarly, in a society freedom has nothing to say about what an individual does with his freedom; it is not an all-embracing ethic. Indeed, a major aim of the liberal is to leave the ethical problem for the individual to wrestle with.”  Milton Friedman, Capitalism and Freedom, 1962, p 12.

10. Individual rights answer the question of how it can be possible for the flourishing of individual humans to be self-directed without conflicting.
“Individual rights are an ethical concept different from those concepts generally found in normative ethics. They are not needed in order to know the nature of human flourishing or virtue, or our obligations to others, or even the requirements of justice. … Rather, individual rights are needed to solve a problem that is uniquely social, political and legal. … How do we allow for the possibility that individuals might flourish in different ways … without creating inherent moral conflict in … the structure that is provided by the political/legal order? How do we find a political/legal order that will in principle not require that the human flourishing of any person or group be given structural preference over others? How do we protect the possibility that each may flourish while at the same time provide principles that regulate the conduct of all?”  Douglas Rasmussen and Douglas Den Uyl, Norms of Liberty, 2005, p 78.

11. The liberal order can only succeed if sufficient people want to be free to make their own choices, and are prepared to enter into relationships with others on the basis of fair dealing, reciprocity and mutual respect.
“I have suggested that the liberal order that embodies political democracy and a market economy must be grounded in two normative presuppositions: first, that all persons are capable of making their own choices and that they prefer to be autonomous and, second, that most if not all, persons enter into relationships with others on a basis of fair dealing, reciprocity and mutual respect. I have also suggested that, from certain perspectives, observed reality in politics and economics may not seem to square with those presuppositions. My argument is that, nonetheless, and regardless of what may be observed, we must, within limits of course, proceed as if the presuppositions are satisfied. …
Properly designed institutional-constitutional safeguards against deviations from the norms can be effective … only in settings where the share of participants who might behave in violation of the norms of autonomy and reciprocity remain relatively small. Generalized or widespread failure of persons to adhere to these norms, along with widespread recognition that others also disregard the standards, will ensure that the liberal order itself must fail, quite independently from any institutional safeguards.” James Buchanan, Why I, Too Am Not a Conservative, 2005, pp 26, 28.
Posted by Winton Bates at 6:53 AM

With regards to quote number 4, The Road to Serfdom has been on my reading list for a while.

I would say that what we have gained in freedom by way of civilization, we have lost in terms of adaptation. The civilization/technological society has caused us to be divorced from primary and ancesteral micrgroups that we were a part of for most of our evolutionary history. I don't know how psychologically well suited we are for living in the modern world, and this could be the root of the mass nuerosis that we see today.

I think this is still better than being part of the little band that Hayek mentions, but we have lost something from an evolutionary perspective as well. Civilization has its drawbacks.

Thanks Leah. I agree that modern life has its drawbacks. It is worth remembering that to a large extent we could if we wished adopt the lifestyles of our ancestors. We could choose to live in small communities, grow our own food etc. Some people make that choice. My observation is that such a lifestyle choice is more pleasant when people have alternative means of subsistence to fall back, access to modern health services etc when required, and access to the Internet.