People who visit this blog sometimes ask for more signposts to help them find my answers to the most important questions about freedom and flourishing. In the past my response has been to suggest that they read my Kindle ebook, Free to Flourish, which is available for an extremely modest price. However, my thinking has moved on in some respects since that book was published in 2012. So, this post identifies what I see as the most important questions and provides some links to indicate where answers can be found.

Posted by Winton Bates at 2:18 PM No comments:

Email ThisBlogThis!Share to TwitterShare to FacebookShare to Pinterest
Labels: Autonomy and responsibility, capability and opportunity, Economic freedom, free to flourish, Practical wisdom, progress, The good society, What is happiness?, Why freedom?

Are values opposed to virtues? 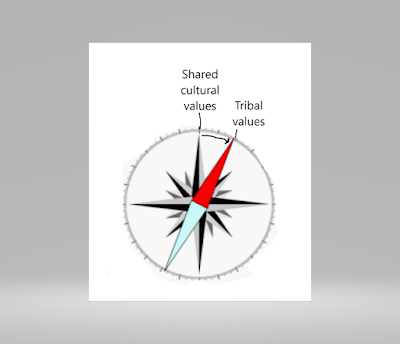 In an article recently published in “The Australian”, Peter Kurti, a senior research fellow at the Centre for Independent Studies, noted:
“Unease is growing in Australia that something has changed for the worse in our live-and-let-live culture”.
The context of his comment is the “opprobrium and venom” that dissent from “prevailing new orthodoxies” about gender and sexual orientation seems to attract. The author suggests this has contributed to “the sense that the common bonds of civility that helped to build mutual trust in our society are under strain”.

I concur with those sentiments. They are consistent with views recently expressed on this blog: Does Israel Folau deserve support from advocates of free speech?

However, the headline of Kurti’s article “Israel Folau: Moral compass all askew as virtue is eclipsed by values” seems to me to be codswallop. Unfortunately, the headline accurately reflects Kurti’s explanation for the fracturing of our culture in terms of what he describes as “the eclipse of virtue by values”.

It is difficult to see how values can be opposed to virtues in terms of common usage of those terms in discussions of ethics. The Concise Oxford defines the terms as follows:
Virtue: “moral excellence, uprightness, goodness”; “the seven cardinal virtues”.
Value: “one’s principles or standards, one’s judgement of what is valuable or important in life”.

Kurti makes values appear to be opposed to virtues by claiming that values “are simply emotional statements about personal beliefs, feelings or attitudes”. He claims that values “cannot be normative because it is impossible to erect any shared meaning on the foundation of something that is personal and subjective”.

Those claims are clearly incorrect. For example, when Friedrich Hayek writes about the “values of a free civilization” he is not referring merely to emotional statements about personal beliefs, feelings or attitudes. What Hayek and others have written about shared values is clearly closely related to norms of behaviour.

Kurti doesn’t seem to recognise the existence of shared values. His constructivist perspective, evident in use of the term “erect” when discussing the possibility of shared meaning, has apparently made it impossible for him to comprehend that the common values of an open and free society could evolve spontaneously as individuals pursue what is important in their lives.

I was hoping that question might be answered by reading Kurti’s recently published CIS paper, entitled Cracking Up? Culture and the Displacement of Virtue. No such luck! In that paper, Gertrude Himmelfarb and Iain Benson are quoted as asserting that values language rejects the idea of shared moral goods, but they are no less wrong about that than Peter Kurti.

I agree with much of what Kurti writes about the importance of the traditional virtues. However, when Kurti refers to virtues he is referring only to the traditional virtues. I think that poses a problem for him. He claims “prevailing new orthodoxies” exist, so he must surely acknowledge that the people who subscribe to those new orthodoxies see political correctness as a virtue.

In my view it is probably an overstatement to claim that the new orthodoxies are “prevailing”. But it is impossible to deny that there has been a shift in what many people perceive to be virtuous that is inextricably linked to a shift in their values.

There is a more fundamental problem is asserting that cracks appearing in our live-and-let-live culture can be mended by appealing to the traditional virtues. The traditional virtues have been acknowledged for thousands of years, but our live-and-let-live culture has only recently evolved.  Freedom of religion has had a firm legal basis in only a few countries for only a couple of centuries. The idea that members of minority religions should not be discriminated against has been a widely shared value and accepted norm of behaviour for less than a century in most western countries, including Australia. Our live-and-let-live culture, with harmonious collaboration between people of different religions, ethnic backgrounds and gender in work and community organisations, has only been in existence for a few decades, despite the lip service paid to civility in earlier times. Live-and-let-live has been inclusive of LGBT people for an even shorter period.

The shared values underlying our live-and-let-live culture include freedom of expression, tolerance and politeness.  The norms of behaviour associated with these shared values enable people to obtain mutual benefit from working, playing sport and socializing with people whose attitudes and behaviours they disagree with, and in some instances may even consider to be immoral.

The main threat to our live-and-let-live culture comes from those who insist that to enhance social harmony people should exercise much greater restraint in what they say and publish to avoid the possibility of giving offence to members of the religious, ethnic, gender and LGBT groups pandered to by identity politics. This gives rise to the potential for a return to tribal values as members of an increasing number of individual groups abandon shared values and threaten social disharmony in order to redress perceived disadvantages or to obtain advantages over others.

The most obvious and straight forward way to avoid a return to tribal values is for supporters of our live-and-let-live culture to make their views heard whenever the shared values of that culture come under threat from those who take offence unreasonably. A return to tribal values can be avoided if enough people of goodwill continue to support the rights of others to express views they disagree with.