So, what is the problem with tolerance?

Anyone who claims to be in favour of individual liberty must view tolerance as a virtue. If you favour a political/legal order in which adult humans are responsible for managing their own lives, you must accept that this requires you to tolerate conduct that you don’t approve of, provided those responsible for that conduct do not interfere with the rights of others. Tolerance is a core value of western civilization. John Locke provided a powerful defence of tolerance in A Letter Concerning Toleration (1689) which was written in defence of religious freedom in the aftermath of the English Civil War.


Tolerance is strongly related to the Golden Rule, to treat others as you would wish to be treated. Since all the major world religions subscribe to a version of the Golden Rule, it is not difficult for people from many different cultural heritages to understand the virtue of tolerance. Nevertheless, intolerance is still rife in many societies. For example, it is only too obvious that the injunction in the Islamic version that people should desire for their brothers what they desire for themselves, is not always interpreted to require tolerance of unbelievers. 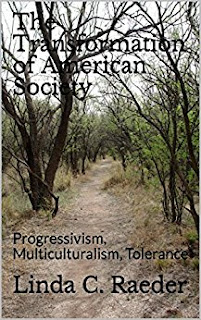 The problem with tolerance, as Linda Raeder has explained in The Transformation of American Society, is that its meaning has tended to stray from the traditional definition:
"The traditional definition of tolerance, according to Merriam-Webster, is the “capacity to endure pain or hardship; sympathy or indulgence for beliefs or practices differing from or conflicting with one’s own.” In other words, throughout most of Western history, tolerance has implied “putting up” with something that causes one pain, enduring something that one personally dislikes or of which one personally disapproves. A person does not “tolerate” beliefs or behavior that he enjoys or finds praiseworthy but rather those he finds somehow offensive or repugnant. In the social and political sphere, tolerance thus means permitting other people to think and behave in ways that one personally finds objectionable, distasteful, or even morally wrong."


The definition in the Concise Oxford dictionary (1982 edition) is similar, and includes explicit mention of “forbearance”.


The change in meaning that Linda observes in that in the context of contemporary multiculturalism toleration has come to mean accepting without judgment. She suggests that members of contemporary U.S. society have been taught that meaning by both popular culture and formal education at every level, from kindergarten to post-doctoral training. She goes on to observe:


"One consequence is a disturbingly passive generation that seems incapable of making, certainly reluctant to make, moral judgments of any kind. Young people have been taught that to make such judgments is “intolerant” of other “perspectives.” Self-censorship has become habitual among students shaped by Multicultural education, the mind unfamiliar with conceptual and moral discrimination. To exercise the capacity for critical evaluation - to “judge” - is regarded as wrong, intolerant."


I suspect that debasement of the meaning of tolerance has gone just as far in Australia as in the United States. In his CIS report, No Ordinary Garment? The Burqa and the Pursuit of Tolerance, Peter Kurti suggests that the contemporary exercise of tolerance often “avoids engaging in judgements about relative values” and “amounts to little more than a position of indifference to views and opinions”. He refers to the muting of criticism to the point where all behaviour is considered beyond judgment as ‘reverse zero- tolerance’.  He notes that reverse zero-tolerance admits no discretion as to the moral value of the position in question, including the acceptability of religious or cultural practices such as wearing a burqa.


How should we react to the debasement of the meaning of tolerance? Should we allow the advocates of cultural permissiveness to hijack the term in the way that advocates of collectivism hijacked ‘progressive’?  I am a person who advocates the progress of societies to provide greater opportunities for individual human flourishing, but I would rather not be labelled as a progressive. I wonder whether a time will come when I object to being described as tolerant.


In my view, it is important to preserve the traditional meaning of tolerance in order to be able to distinguish between behaviour that we judge to be unwise, immoral or likely be inimical to the flourishing of the individuals who indulge in it, and behaviour that we cannot tolerate and seek to prevent. There are more appropriate labels to describe the cultural relativists and ethical agnostics who argue that we should refrain from making judgements about the cultural practices and behaviour of other people.


As noted earlier, for anyone who claims to be in favour of individual liberty the dividing line between tolerance and intolerance is set at the point where behaviour infringes the rights of others.


It seems reasonably clear that a woman who wears a burqa is not infringing the rights of others. Unfortunately, I have to admit to being among those who feel uncomfortable when I see women wearing the burqa on the streets of Australia. It is possible that some of the women who wear the burqa do so as an act of religious piety, but I suspect that most are making a political statement to the effect that they are opposed to the cultural norms of this country. It might be their intention to make people like me feel discomforted by their apparel. But no-one has a right to be protected from feeling discomforted by the behaviour of others. Feeling discomforted is a lot different to feeling threatened. We can tolerate the burqa, in the same way we tolerate people with green hair and those who use profanities with the intention of offending us.


Some religious and cultural practices cannot be tolerated because they infringe the rights of other people. The list obviously includes acts of violence, including terrorism, honour killing and violence against children e.g. genital mutilation. It also includes threats of violence.


Of course, Australian legislators have not confined their activities to protection of individual rights. There is a vast amount of government intervention that seeks to influence the way people live their lives. Some of this can be justified on the grounds that it provides people with better opportunities than would otherwise be available to them e.g. public funding of education to help children to acquire useful skills. We should not tolerate children being prevented from accessing such opportunities as a consequence of the cultural traditions of their parents.


The Australian prime minister, Malcolm Turnbull, recently announced plans to strengthen the citizenship test to ensure that people granted citizenship share Australian values. Interestingly, a discussion paper that has been released by immigration department to promote public discussion of the issues doesn’t actually mention tolerance. I don’t see that as a problem. It is fairly clear that the main aim of the exercise is to avoid giving citizenship to people who can’t tolerate us -  those who seek to undermine our society.


There is not much that is peculiarly Australian about the “Australian values” listed in the discussion paper. The paper notes:


“Ours is a society founded on a liberal-democratic tradition in which the fundamental rights of every individual are inviolable”.


I can’t quote that without observing that it is aspirational rather than a description of current legislative practice in Australia. The important point is that those aspirations reflect the values of western civilization. Some might feel bemused that when attempts are made to identify Australian values what we end up with is a statement of the values of western civilization. But that is highly appropriate.  That is our cultural heritage!


Even when we attempt to use common Australian colloquialisms to describe our values we end up talking about the values of western civilization. Some people equate the “fair go” ethos with egalitarianism. I suspect many Australians would be suspicious of such terminology, but if you ask them whether giving people a fair go means recognizing that all people have equal rights, they would be likely to agree. That is what egalitarianism actually means, according to my old Concise Oxford as well as the Macquarie dictionary. Most Australians like to think that they take fairly seriously the idea that people deserve to be treated as equals in terms of their fundamental worth. Giving individuals a “fair go” entails, among other things, being tolerant of their conduct provided they don’t interfere with the rights of others.
Posted by Winton Bates at 3:44 PM No comments: