What kind of government is most likely to promote human flourishing? 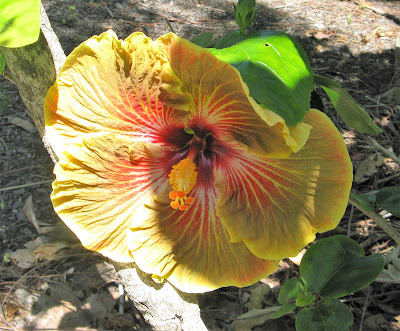 One way to approach this question is to rule out those kinds of government that are least likely to enable people to live lives that they value.


We can begin by ruling out those kinds of government that exercise absolute power in a cruel and oppressive way. There is no need to explain why that kind of despotism is inimical to human flourishing.


If you ask yourself how we can avoid being ruled by a cruel and oppressive despot you will probably begin to sketch out some constitutional rules requiring fair elections and preventing concentrations of power in a few hands. There is a fair chance that the constitutional rules you specify would describe liberal democracy. So far so good.


However, some written constitutions that appear to embody ideals of liberal democracy end up as a façade for oppressive government. So, I have to ask myself why some experiments in liberal democracy been more successful than others.


Before I can attempt to answer that I need to explain what I have previously described as democracy’s basic problem – which could also be described as the tragedy of democracy because of its similarity to the tragedy of the commons (see my preceding post). Democracy’s basic problem arises because of inherent tendencies for the responsibilities of elected governments to expand beyond their capacity to cope. That results from a combination of two factors. First, the perceived benefits to individual voters of proposals for an expansion of government responsibilities in areas of particular interest to them exceed the additional costs they incur as a result of those proposals. Second, when an individual elector sees others declaring their support for political parties which promise additional spending or regulation in their particular fields of interest, it is natural for her to feel that her interests will likewise be better served by behaving similarly. (Democracy’s basic problem is further explained in Chapter 8 of Free to Flourish.)


Democracy’s basic problem could be expected to result in an ongoing expansion of government spending, an increasing regulatory burden constraining growth in productivity, higher tax rates on those least able to protect themselves politically (e.g. foreign investors) with adverse effects on investment incentives, and expanding fiscal deficits with public debt growing beyond the capacity of the government to service it.


Those trends obviously can’t continue indefinitely. At some stage, the government’s bankers will refuse to advance additional credit. That means that funds will no longer be available to fund social services or to pay government employees. Civil disorder is likely to ensue. It is open to speculation who the main characters will be in the next act, as the political theatre turns into a democratic tragedy. Voters may resort to electing demagogues whose policies will cause further deterioration in the economy. In the final act it is quite common for the generals to take over the reins of government to restore order.


Thus, on the basis of that reasoning it might appear that democracy is unlikely to be a sustainable form of government over the longer term.


So, how come some democracies have survived for well over a century?


One possible explanation, which could be described as the Schumpeterian explanation, after the economist Joseph Schumpeter, is that this has been achieved by constraining democracy to ensure that “the effective range of political decision should not be extended too far”. (Again, there is more discussion of this in Chapter 8 of Free to Flourish.)


Another possible explanation (not adequately discussed in Free to Flourish) is that the culture of some countries has fostered normative conditions that have prevented democracy’s basic problem from emerging with irresistible force. In his book, Why I, too, am not a conservative, James Buchanan identified two norms that underpin liberal democracy:


·         that a sufficient proportion of the population can make their own choices and prefer to be autonomous rather than dependent on others; and


·         that a sufficient proportion of the population enter relationships with others on the basis of reciprocity, fair dealing and mutual respect.


The first norm needs to be met for people to be able to cast their votes to achieve outcomes that they prefer, whilst exercising restraint in the demands that they make on others through the political process. The second norm needs to be met to ensure that those who depend on transfers from the public purse do not consider those transfers to reflect successful exploitation of others through the political process, and that those whose tax payments fund those transfers do not consider themselves to be exploited.


“Generalized or widespread failure of persons to adhere to these norms, along with widespread recognition that others also disregard the standards, will insure that the liberal order itself must fail, quite independently from any institutional safeguards.” (p 28)


As early as the 1830s, Alexis de Tocqueville expressed similar concerns in Democracy in America about the implications for democracy of the emergence of a culture of dependence on government.  In his discussion of the “sort of despotism that democratic nations have to fear” he suggested that democratic governments might take upon themselves full responsibility for the happiness of citizens, reducing each nation “to be nothing better than a flock of timid and industrious animals, of which the government is the shepherd”.  Tocqueville remarked:


“It is indeed, difficult to conceive how men who have entirely given up the habit of self-government should succeed in making a proper choice of those by whom they are to be governed; and no one will ever believe that a liberal, wise, and energetic government can spring from the suffrages of a subservient people. … The vices of rulers and the ineptitude of the people would speedily bring about its ruin … ” See: Democracy in America, Book 4, Chapter 6.


Tocqueville doesn’t seem to have mentioned norms of reciprocity (or even adherence to the golden rule) explicitly as one of the factors that had led to maintenance of democracy in America, but he emphasised the importance of “the manners and customs of the people” and “the whole moral and intellectual condition of a people”.


“In light of the meaning to be assigned to the manner and customs of the people, we can understand why Tocqueville identified religion as the first of their political institutions even though religion took no direct part in the government of society. The place of religion was important to the whole moral and intellectual tradition of a people when complemented by the place of families, friends, neighbors, and schooling in the shaping of what might be called "habits of the heart and mind." The place of habits of the heart and mind is critical to the possibility that societies of men might establish systems of governance appropriate to the exercise of reflection and choice as ways of coping with problems of conflict and conflict reso­lution.” Vincent Ostrom, The Meaning of Democracy and the Vulnerability of Democracies, p 14.


Most readers will probably have gathered by now that I think that adherence to the norms that underpin liberal democracy has now diminished to such an extent that this form of government is in deep trouble, even in the western countries where it has been sustained most successfully in the past. So, we are faced with an ongoing struggle to avoid a democratic tragedy, with adverse implications for human flourishing.


However, such prognostications don’t help us much in answering the question I began with. The best way to move toward an answer, it now seems to me, is to follow the lead of Vincent Ostrom and to ask what forms of governance are likely to emerge when it recognized that each person “is first his or her own governor and is then responsible for fashioning mutually productive relationships with others” (p 84).
Posted by Winton Bates at 2:22 PM No comments: