What happened to creative capitalism? 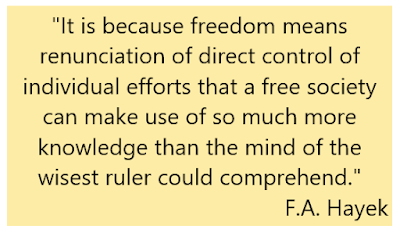 My focus here is on the second interpretation, but I will end up discussing what has happened to the creativity of capitalism in the more traditional sense.

Why am I interested in the particular form of corporate social responsibility (CSR) that Bill Gates referred to as “creative capitalism”? I don’t hear the Gates concept being much talked about these days, but I think that variants of this form of CSR have become more common over the last decade or so. It is worth considering whether Gates’ approach to CSR is changing corporate sectors in ways that may directly hamper the traditional creativity of capitalism, or indirectly hamper it via impacts on economic policies pursued by governments.

That is why I decided that the time had come to read Creative Capitalism, a book edited by Michael Kinsley, which was published in 2008. The book consists mainly of comments by eminent economists on the “creative capitalism” concept that Bill Gates presented to the WEF. I should confess at this point that deciding to read the book didn’t require me to judge that it might be worth buying. A copy was given to me last year by a friend who was downsizing his library. The book was sitting in my “unread” pile for many months waiting for me to show some interest. I am now glad I read it!

In the next section I will outline Gates’ concept and briefly discuss the different reactions of economists writing 14 years ago. That will be followed by consideration of possible consequences of changes in the nature of capitalism that seem to stem from Gates’ concept and similar ideas.

Bill Gates advocated a new approach to capitalism in which businesses would give more attention to recognition and reputation. As he put it:

“Recognition enhances a company’s reputation and appeals to customers; above all it attracts good people to the organisation. As such, recognition triggers a market-based reward for good behavior.”

Gates advanced this view in the context of considering how self-interest could be harnessed to provide more rapid improvement in the well-being of poor people. However, pursuit of recognition seems to have become a strong motivator for the environmental and social objectives that are increasingly espoused by corporates. Gates does not mention the potential for pursuit of recognition for good behavior to have a positive influence on investors, but that also seems to have emerged as an important factor in recent years.

My review of the contributions of commentators is highly selective. I just focus here on what I see as the main points that were raised.

Some of the commentators suggested that entrepreneurs with philanthropic objectives might do better to do what Gates did, rather than to follow the approach he advocated in his speech to the WEF. Like some others before him, Gates pursued profits until he become extraordinarily wealthy and then established a foundation to pursue philanthropic objectives. An argument in support of that approach is that the pursuit of multiple “bottom lines” by companies adds to the difficulty of measuring their performance to ensure that executives can be held accountable for outcomes.

Several of the commentators referred to Milton Friedman’s view, in Capitalism and Freedom, that CSR is a “fundamentally subversive doctrine” because, in a free society, “there is one and only one social responsibility of business – to use its resources and engage in activities designed to increase its profits so long as it stays within the rules of the game, which is to say, engages in open and free competition without deception or fraud” (p 133).

It is likely that an increasing tendency for corporates to pursue non-pecuniary objectives would have a negative impact on measured productivity growth. However, that may be largely a problem in the measurement of productivity. Measures of productivity growth are biased to the extent that output indicators do not incorporate non-pecuniary goods that contribute human flourishing. If corporates are efficient vehicles for the pursuit of the non-pecuniary objectives of their shareholders, employees, and customers, it seems reasonable to suppose that pursuit of those objectives would contribute to the flourishing of the people concerned.

What happens if a company is not an efficient vehicle for the pursuit of the non-pecuniary objectives of its shareholders, employees, and customers?

In considering this question it is important to recognize that corporate sectors consist of large numbers of individual firms which compete for labor, capital, and customers. Individual firms are free to give different weight to different objectives. Some may see their only role as profit maximization, and may even seek recognition by asserting that they see that as a social responsibility. Others may seek a reputation for social responsibility by undertaking marketing exercises, without changing their practices. At the other extreme, some companies may devote themselves largely to pursuit of one or more non-pecuniary objectives, providing only minimal financial returns to shareholders.

It is customary for economists to assert that the market is capable of weeding out firms that are following inefficient strategies. Applying the usual market test, it appears reasonable to suppose that if individual companies pursuing the non-pecuniary objectives of workers, consumers, and shareholders are able to survive, the strategies they are following must pass the market’s efficiency test.

The Hayek quote at the top of this article is followed by his assertion that the argument for liberty rests on “the belief that it will, on balance, release more forces for the good than for the bad” (Constitution of Liberty, p 31). In considering how best to describe the spontaneous order of a free society, Hayek later suggested that capitalism “is an appropriate name at most for the partial realization of such a system in a certain historical phase, but always misleading because it suggests a system which mainly benefits the capitalists, while in fact it is a system which imposes upon enterprise a discipline under which the managers chafe and which each endeavours to escape” (“Law, Legislation, and Liberty”, V1, p 62)

Unfortunately, in the real world at present, the ability of the market to weed out inefficient firms and the strategies they adopt is greatly hindered by government intervention and expectations of future government intervention. If firms believe that pursuit of certain goals will be rewarded by governments, they have an incentive to establish reputations for pursuing those goals. Firms also have an incentive to seek government assistance as a reward for good behavior. The increasing prevalence of such interactions has led to the development of corporatist, rent-seeking cultures that have contributed to a long-term decline in rates of productivity growth in high-income countries.

It is also important to note that, in the realm of politics, what some people view as good behavior is often viewed in a different light by others. For example, political opinions differ on whether or not it is good for pension funds to take account of environmental policies in their allocation of funds. Investors are often uncertain about which view will prevail in the political arena. Such economic policy uncertainty adds to the normal commercial risks of investment. An example which comes readily to mind is the impact of policy uncertainty on future investment in gas-fired electricity generation in industrialized countries. Normal commercial considerations might suggest that is likely to be a profitable investment to meet demand for electricity when the wind is not blowing and the sun is not shining, but investors have to contend with the possibility that further regulatory interventions to discourage use of fossil fuels will render such investment unprofitable. It is reasonable to predict that blackouts will be more common in jurisdictions where such policy uncertainty prevails.

Political ideologies of governments also seem to be changing in ways that make it more difficult for markets to weed out firms adopting inefficient strategies. Over the last decade or so, the progressive side of politics has encouraged corporates to establish reputations for “woke progressivism”. That seems to have induced political conservatives to become increasingly disenchanted with corporates. That disenchantment has added to the antagonism associated with the increased tendency of many conservatives to espouse economic nationalism and populist views opposed to the corporate sector’s interest in free trade, international capital mobility, and technological progress.

As politics comes to play an increasing role in the investment decisions of businesses, economic growth rates of industrialized countries are likely to decline. Since governments find it difficult to disappoint the expectations of voters, government spending is unlikely to be constrained to a correspond extent. Major economic crises seem likely to become more common. (I have discussed these issues more fully in Chapter 6 of Freedom, Progress, and Human Flourishing.)

“It is the responsibility of the rest of us to establish a framework of law such that an individual in pursuing his own interest is, to quote Adam Smith … “led by an invisible hand to promote an end which was no part of his intention. …” (Capitalism and Freedom, p 133).

Unfortunately, it seems likely that major economic crises will need to be endured before governments of industrialized countries once again see merit in confining themselves to core responsibilities in the manner that Adam Smith suggested.

Companies are increasingly choosing to adopt strategies to improve their reputations with employees, customers, and investors who have interests in social and environmental issues. That would not pose a problem in the context of the spontaneous order of a free society. Pursuit of multiple objectives may add to problems in holding executives accountable for an individual firm’s performance, but free markets are capable of weeding out firms that follow inefficient strategies.

Posted by Winton Bates at 12:38 PM No comments: