Is subjective-predictive morality consistent with the template of individual responsibility?

This question arose while I was reading Josh Bachynski's book The Zombies, subtitled On Morality.
Josh explains subjective-predictive morality as follows: 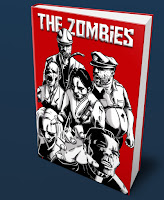 Doing right by others is encompassed in the ethics of doing right by yourself. What is good feels good.  Josh explains the process of subjective evaluative judgment as involving (1) pleasant or unpleasant feelings (2) cognitive reactions concerning the value of those feelings (3) predictions as to whether we will have reason to regret the action contemplated. Josh suggests:
“This is the way we naturally insert quality control into our valuations.”

He goes on to observe:
“As it turns out, in searching for the moral, we have actually made a powerful discovery. And this is in what is also rational or prudent”.

I suggest that readers who are interested in learning more about Josh’s philosophy should read Leah Goldrick’s review at Common Sense Ethics, which contains a link to her interview of Josh, and then begin to read the book itself. This is a long book. I found the authors chatty writing style entertaining at first, but tedious after the first few chapters.

Josh Bachynski’s ethics of doing what is right by oneself and others seems quite similar to the template of responsibility, advocated by Douglas Den Uyl and Douglas Rasmussen in The Perfectionist Turn. The ethics of responsibility is based on “the existential fact that we must make something of our lives”. This is explained in a passage I have quoted previously:
“For the template of responsibility, the basis for determining worthiness is human flourishing or wellbeing of some sort. Its ultimate value is integrity. Integrity expresses itself interpersonally in honour but when applied to the agent herself, the term ‘integrity’ signifies a coherent, integral whole of virtues and values, allowing for consistency between word and deed and for reliability in action”.

There are some differences between the two approaches. Pleasant and unpleasant feelings are not given a great deal of prominence in Den Uyl and Rasmussen’s view of human flourishing. They define human flourishing as consisting of “activities that both produce and express in a human being an actualization of potentialities that are specific to the kind of living thing a human being is and that are unique to each human being as an individual”. At one point, Den Uyl and Rasmussen suggest that “an objective account of human flourishing can be characterized as a life of right desire”. They argue that the value of something to a person “is not necessarily a mere matter of “its being desired, wanted, or chosen” because a person “is more than a bundle of passions and desires”. That is still consistent with the view that emotions such as joy and disgust provide important information to help us to decide what we value.

Another possible source of difference is in respect of naturalism. From my reading of The Zombies, it seems likely that Bachynski would be suspicious that Den Uyl and Rasmussen’s teleological naturalism could be seeking to perpetuate ancient errors about human nature that scientific advances have given us reasons to question. I don’t think such suspicions would be well-founded because Den Uyl and Rasmussen present a view of human flourishing that is explicitly individualistic, agent-relative and self-directed.

As I see it, the differences between the philosophical approaches discussed above have parallels in the differences between some psychological therapies. Subjective predictive morality seems to have much in common with rational emotive approaches (REBT) in which people use reasoning to moderate their emotional responses. The template of responsibility seems to a lot in common with an acceptance and commitment approach (ACT) in which people ask themselves how they can actualize their potential in the given situation to act in accordance with their values, whatever their current emotional states might be. Perhaps there may also be parallels in the differences between philosophic approaches of the Stoics and Aristotle.

Subjective predictive morality and the template of responsibility both involve the use of practical reason. The question of which approach is better should probably be viewed as an empirical matter. In your experience, which approach has been of greatest help you in doing the right thing by yourself and others? The correct answer could well be different for different individuals.

In the light of similarities between subjective-predictive morality and the template of individual responsibility, it may come as a surprise to some readers that the authors have vastly different political perspectives. Josh Bachynski describes himself as “a left-leaning liberal democrat” and his book begins with a rant to the effect that he sees “ecological/economic disaster” as “disturbingly likely” because of “wasteful and self-destructive profit structures”. Douglas Den Uyl and Douglas Rasmussen are classical liberals who have proudly given one of the chapters in their book the title: “The entrepreneur as a moral hero”.

For what it is worth, I think there is a very high probability that Josh is wrong, but I acknowledge that we shouldn’t be ignoring low probability outcomes that would be disastrous for humanity. Unfortunately, as I observed in my comments on Nassim Taleb’s book, Skin in the Game, when it comes to consideration of potential Black Swan events that threaten the survival of humanity, the political systems we have inherited do not ensure that political leaders have enough skin in the game for their minds to focus appropriately. Political leaders tend to focus on their survival at the next election rather than on the survival of humanity. It is up to citizens who are concerned about potential Black Swan disasters to initiate appropriate action themselves.

Posted by Winton Bates at 5:47 PM No comments: