Where is the best place to live? 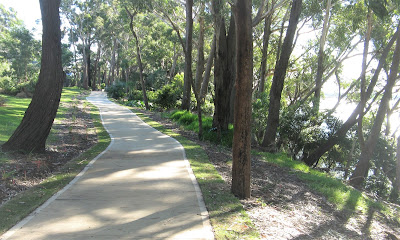 
Over the last few months I have had personal reasons to ponder this question. My wife and I decided that the time had come for us to move closer to family and downsize.


I can’t claim that I reviewed research relating to the question in a systematic way before we decided where we should live. However, I have been reading and writing about happiness research for over a decade, so that probably had some influence.
Since we made our decision I have read some of the more recent literature on the impact of happiness of location. Perhaps my recent reading could be explained in terms of seeking additional evidence to support the decision we have made, but I do find the topic intrinsically interesting.


My intention here is to discuss research findings on the impact of location on happiness rather than to attempt to justify our decision.  Relocation decisions made by different individuals and families obviously need to reflect their differing values and changing priorities at different stages of life.


If you do an internet search on “happiness best place to live” one of the first items to come up is likely to be an article telling you that according to a major Gallup poll, Hawaii is the U.S. state with the highest well-being ranking, with the top score in the physical, financial and community categories. If you search for the cities that are the best places to live, you are likely to find articles based on Gallup polls which suggest that the cities that score highest are near the ocean. When you read on you find that there is more involved than just beachside living. Research by Andrew Oswald has shown that average life satisfaction levels in different places closely correlate with objective measures of the quality of life – as measured sunshine hours, congestion, air quality etc.


Survey data on the happiness of people in different federal electorates in Australia suggests that many of the happiest electorates in Australia are not close to the coast (although the New South Wales south coast electorate of Gilmore, where we have lived for the last 12 years, is among the top five). Some of the unhappiest electorates in the country are in suburban Sydney. Some headlines claiming that major cities create unhappy Australians prompted me to write sceptically on this topic a couple of years ago. I suggested that current life satisfaction is not the only important consideration in making location decisions. Many families face trade-offs between current and future life satisfaction.


I recommend that people considering a move should also read an article by Brad Waters in Psychology Today which draws upon the insights of Daniel Kahneman to make the point that life satisfaction is influenced by many factors other than location. He suggests that people considering relocation should ask themselves: “Does a move satisfy those factors or does it temporarily distract us from satisfying them?”


There is evidence of substantial benefits from living in a location where it is possible to see family and friends frequently. For example, research by Nick Powdthavee, undertaken about a decade ago, suggested that the benefits of seeing relatives and friends “most days” rather than “less than once a month” was greater than the benefit of getting married and was sufficient to compensate for about two-thirds of the happiness loss from such events as unemployment or going through a separation.


Evidence continues to accumulate that actual contact with the natural environment has positive benefits for health and happiness. For example, a study conducted by Simone Kuhn (and others) for the Max Planck Institute for Human Development (discussed in this Forbes article) found that city dwellers who live near forests were more likely to have healthy amygdalas and thus better able to manage stress, anxiety and depression. A study by Chris Neale (and others) using mobile EEG has found that when walking in urban green space old people had a higher level of engagement and lower levels of excitement than when walking in both busy urban commercial streets and quiet urban space. The authors concluded that the urban green space seemed to have a restorative effect on brain activity.


An article by Ming Kuo has identified 21 plausible pathways linking nature to human health and has postulated that one pathway, enhanced immune functioning, may be of central importance.


Thoughts along those line prompted me to begin reading The Secret Life of Your Microbiome, why nature and biodiversity are essential to health and happiness, by Susan Prescott and Alan Logan. Perhaps I will write more about that later.


Meanwhile, my bottom line is that, other things equal, it might be a good idea to find a place to live where you can spend a fair amount of time in the natural environment with family and friends. Unfortunately, many people in this world do not currently have the luxury of making that choice.
Posted by Winton Bates at 7:24 PM No comments: