Is Trumpism coming to Australia? 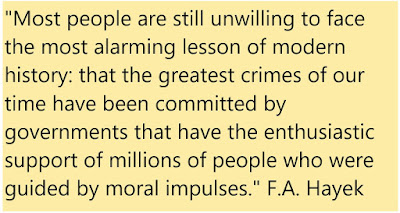 Over the last few decades, Australian politics seems to have become more like that of the United States. Politics in this country was once several degrees to the left of America, with the Labor party advocating socialism – and proposing extensive government ownership of business enterprises. However, in both countries the progressive side of politics is now focused on an environmental and affirmative action agenda, while the conservative side seeks to moderate those tendencies. Both sides seek to appeal, in different ways, to aspirations of people for higher material standards of living.

That was how it was before Trumpism came to America. Viewed from this side of the Pacific, American politics seems to have taken a bizarre twist. Given that Australians tend to follow social and political trends in America, does that mean we are also destined to experience Trumpism?

Before attempting to answer that question, it seems important to clarify the nature of Trumpism.

Salvatore Babones, an American sociologist now living in Australia, published a book a couple of years ago which sheds light on the nature of Trumpism. In his book, The New Authoritarianism: Trump, Populism, and the Tyranny of Experts, Salvatore argues that Trump is a populist rather than an authoritarian leader and that Americans have more to fear from the tyranny of experts. He suggests that twenty-first-century democracy is endangered by the tendency of the expert class to dismiss the moral right of less-educated people to have opinions that conflict with their own.

Salvatore makes the point that populism and authoritarianism are polar opposite strategies for political legitimation:

“Populists appeal to the innate common sense of ordinary people, while authoritarians appeal to tradition and the prestige of established institutions”.

Salvatore is not particularly flattering to former President Trump. He refers to Trump as a narcissist, in making the point that “you can’t be an authoritarian when the only authority you recognize is yourself”. He also refers to Trump as “a paranoid populist with a persecution complex”.

Salvatore claimed, “Trump will never be a hero to anyone but himself”. That assessment now seems to have been wide of the mark in the light of the extent of ongoing support for Trump, despite his unwillingness to accept the result of the 2020 presidential election. Trump now commands a sizeable support base of people who love him, view him as a source of truth and wisdom, and seek to please him. Trumpism seems to have developed into a personality cult, in some respects like Peronism.

It is important to remember that, like members of other cults, Trumpists are guided by moral impulses. They may be misguided, but most of them are good people.

The development of the Trump cult seems to be partly attributable to echo chambers in the social media (discussed here) but I think it is more strongly attributable to demonization of Trump within mainstream media. Trump attracted populist support by attacking the consensus wisdom of the expert class and disparaging anyone who disagreed with him. His opponents responded in kind by suggesting he is as an ignorant buffoon, bully, and admirer of tyrants. Trump’s strongest supporters have come to love him because they think he is unfairly maligned for expressing views they endorse.

The strength of the Trump cult is evident in its impact on the behavior of many conservative politicians. Until recently, American conservatives have had a well-deserved reputation of being principled supporters of the U.S. Constitution and the federal system of government. Nevertheless, many leading conservatives, who have hitherto been opponents of judicial activism, supported the unsuccessful efforts of Texas to have the Supreme Court overturn the presidential election results of Pennsylvania, Georgia, Michigan, and Wisconsin, on the grounds of procedural irregularities.

If those efforts had succeeded, the implications would have been far-reaching. John Yoo, an American legal scholar, has noted that “under Texas’s theory, any state could have sued any other in any presidential or federal midterm election over irregular procedures”. If the Supreme Court justices had been inclined to put political loyalties above legal principle, they would have undermined the federalism that is integral to the process of electing American presidents.

The strength of the Trump cult is also evident in the efforts of some conservative politicians in challenging the Electoral College votes when they were formally opened before a joint session of both housed of Congress on January 6. Those antics had no chance of succeeding. They only make sense in terms of pandering to Trump and his support base.

It is evident that Trump’s bizarre behavior following the election has opened up a deep rift within the Republican party between those who have regard to the Constitution and the conventions associated with orderly transfer of power following elections, and those who set no limit to the lengths they would go in pandering to the Trump cult. At the forefront of the first category is Senate Republican leader Mitch McConnell, who supported Trump’s efforts to challenge the election results, but recognized Joe Biden as President-elect after the Electoral College confirmed that he had won the election. The latter category includes Senator Ted Cruz, who apparently still has presidential aspirations.

Looking ahead, an association with Trump and his support base is likely to be an ongoing electoral liability for the Republican party. Trump’s ability to get his supporters to cast a vote is more than offset by his apparent inability to avoid provoking other people to vote against him. Conservative politicians who oppose Trump will continue to be punished by the Trump cult.

The electoral future for the Republicans seems no more promising even if Trump leaves to form his own Patriots party. His electoral support is likely to be great enough to enable him to split the conservative vote and enable Democrats to win more contests.

Could a conservative populist wreak havoc in Australian politics?

I don’t think it would make sense to argue that Australians differ from Americans in fundamental ways that would make it impossible for something like Trumpism to happen here. I don’t have data on this, but it would not surprise me if the proportion of the population who think expert policy advisors ad career politicians have too much influence on government is as high in Australia as it is in America.

Over the years, a substantial number of Australian politicians have advanced their careers by thumbing their noses at the “ruling class” of politicians and expert policy advisors. It would not be beyond the realm of possibility for a person with such views to become prime minister of Australia. As I noted several years ago, former prime minister, John Howard was viewed as an outsider by the ruling class of policy advisors in Canberra. However, Howard was a career politician and could not be described as a populist.

The important point to note is that if a Trump-like populist was elected prime minister of Australia, she or he would not last more than a few months with popularity ratings as low as those of Donald Trump throughout most of his presidency. Australian prime ministers are elected by parliamentarians, and do not last long if they appear incapable of winning the next election. It is a desirable attribute of the conservative side of Australian politics that parliamentarians are able to change their leader as frequently as they wish, until they find one that voters think might be worthy of the role of prime minister for more than a few months.