Is human flourishing primarily about psychological health, capability or opportunity? 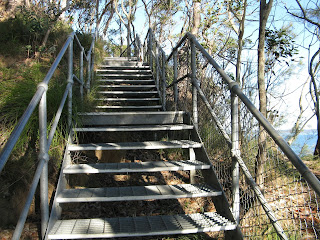 
Before attempting to answer the question, I need to outline the three different approaches.


The psychological health approach:  Martin Seligman is a leading exponent of this approach. In his book, ‘Flourish’, Seligman suggests that well-being theory ‘is essentially a theory of uncoerced choice, and its five elements comprise what free people will choose for their own sake’. The five elements he identifies are summarised as PERMA: positive emotion (pleasant experiences, happiness and life satisfaction); engagement (the flow state); relationships (positive relations with other people); meaning (belonging to and serving something bigger than yourself); and accomplishment (success, achievement, mastery).


In an earlier post I suggested that Seligman has missed another important element that people seek for its own sake, namely control over their own lives.


The capability approach: This approach was developed by Amartya Sen, an economist. Sen argues that a person’s capability reflects the alternative combination of functionings the person can attain and from which he or she can choose one collection. Functionings include objective criteria as being adequately nourished and being in good health as well as a range of other factors such as achieving self-respect and being socially integrated. In his contribution to ‘Capabilities and Happiness’ (2008, edited by Luigino Bruni et al) Sen noted that individuals may differ a good deal from each other in the weights they attach to different functionings. He seemed unwilling, however, to leave the weighting exercise to the individuals concerned. He suggested that ‘the weighting exercise has to be done in terms of explicit valuations, drawing on the prevailing values in a given society’.


The opportunity approach: The concept of opportunity proposed by Robert Sugden, also an economist, rests on “an understanding of persons as responsible rather than rational agents”. According to this view, individuals may sometimes act foolishly but nevertheless accept responsibility for the consequences of their actions. The term “opportunity as mutual advantage” expresses the idea that “one person’s opportunities cannot be specified independently of other people’s desires”. Sugden implies that an economic system that generates a great deal of individual opportunity is a system that rewards individuals for finding ways to benefit others. (‘Opportunity as mutual advantage’, Economics and Philosophy (26)). Sugden's opportunity criterion is also explained in The Community of Advantage, which I have reviewed on this blog.


When we are assessing the extent that an individual is flourishing, it makes sense to consider the opportunities they have had, their current capabilities and their emotional well-being. It seems to me that an assessment would obviously be incomplete if it focused on only one of those aspects.


It doesn’t make sense for governments to accept responsibility for raising PERMA scores, because PERMA scores depend on factors that are largely outside the influence of governments. That is why the role of governments in relation to mental health has traditionally been focused on protecting community members and protecting the mentally ill from those who might seek to harm them. As options for treatment of mental illness have improved, the role of government in funding treatment has become more like its role in relation to other forms of illness. The main difference arises in relation to compulsory hospitalisation/treatment of people who are a danger to the community or themselves.


It seems to make more sense for governments to accept greater responsibility for raising the capability of citizens, but that is not without problems. Governments of wealthy countries have arguably played a role in enhancing the capability of many citizens through their involvement in funding of education and healthcare. However, it seems to me to be more accurate to describe those government interventions as attempting to promote more equal opportunities, rather than raising capabilities. Opportunities provided in education, for example, do not always end up raising the capability of students to earn an income after graduation.


The role played by governments in promoting more equal opportunities seems to me to be rather like a parent intervening in a card game to take good cards from some children to give to others, or to take out of the game. Despite the redistribution of opportunities, the scores throughout the game still depend largely on how well individuals play the cards in their hands. Further paternalistic intervention to nudge the weaker players might improve their scores, but is also likely to weaken their incentive to enhance their capabilities.


In my view, from a public policy perspective, human flourishing should be primarily about enabling opportunities to grow, rather than about redistributing the available opportunities. It makes sense for governments to accept responsibility for facilitating growth in opportunity because government policies impinge greatly – often negatively – on growth of opportunity. Although the growth of opportunity is often uneven, we have seen with the history of economic growth since the industrial enlightenment, that as some people take advantage of new opportunities – for example as a result of technological innovations - additional opportunities are created for others. The growth of opportunity has also provided the wherewithal for individual and collective efforts to improve economic security for those who are not capable of providing for themselves.


Growth of opportunity is not identical to economic growth as conventionally measured. Growing opportunities for people to live the kinds of lives that they aspire to have obviously encompasses considerations of environmental quality and all the other important things that are excluded form GDP measures. As noted in a recent post, the objective of growing opportunity amounts to the same thing as the Wealth Plus objective advocated by Tyler Cowan in his recent book, Stubborn Attachments.
Summing up, considerations of psychological health and capability are highly relevant to assessment of the extent that individuals are flourishing, but the primary focus of public policy should be facilitating growth in the opportunities for people to live the kinds of lives they aspire to have.
Posted by Winton Bates at 7:25 AM

Look great. I think my friends should read this in order to know what they are looking for. Thanks.

This is what I am looking for. I am working on this subject since I need to complete my research. Thanks for your story.

Thank you for some other informative website. The place else may just I get that kind of information written in such a perfect method? I have a venture that I am simply now running on, and I’ve been at the glance out for such info.

jeniferlope said...
This comment has been removed by a blog administrator.
February 5, 2019 at 9:29 PM

I read your articles very excellent and the i agree our all points because all is very good information provided this through in the post.
mobile dicom viewer

This blog is further than my expectations. Nice work guys!!!
learn more

Very informative blog article! This is an excellent article which provided this blog author. This blog article very helpful for me. Thank you so much for share this article. Keep it up. And finally, I want to say, If anyone wants to get real results with 3 pillars of success mastery then one of the best places is http://quickstartcoach.com/monthly/ for his/her.

I like this analysis especially in The psychological health approach

I feel this is among the such a lot vital info for me.

These are actually wonderful some ideas in the blog. You have touched good quality points here. In whatever way continue writing.
check out

I actually have some fans on a facebook page related to this stuff. I'll share your post with them and see what they have to say. I'm sure they'll love it though.
http://ren-nydelse.dk/skoenhed-sundhed/haartoerrertest.html

This is a great blog. Your efforts are really appreciable, Thumbs up for you!

Hi,
I am Ronald Banilov, I am a psychology student, I read many post and article about psychology, I am impressed with the level of research you did. Thanks for sharing an informative post.

You have really selected the suitable topic; this is one of my favorite blogs.
Nerve Renew

I have checked this link this is really important for the people to get benefit from.
treatment center georgia