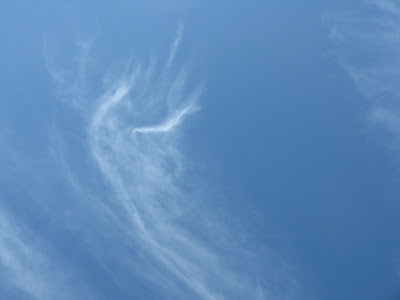 A range of issues related to this question have been discussed in a recent series of posts on this blog. My conclusions are summarised below.

Recent trends in productivity growth do not provide persuasive evidence that the rate of technological advancement is slowing.

On the one hand, we have techno-pessimists such as Robert Gordon who argues that technological progress is slowing down.  On the other hand, we have techno-optimists such as Erik Brynjolfsson and Andrew McAfee who argue that the global economy is on the cusp of a dramatic growth spurt driven by smart machines taking advantage of advances in computer processing, artificial intelligence, networked communication etc.

My post discussing these issues notes that the evidence does not support the view that there was a general slow-down in productivity growth in high-income countries prior to the global financial crisis and great recession. In only about half of the countries covered by the OECD data was the rate of multifactor productivity (MFP) growth during the 2001 to 2007 lower than that in 1995 to 2001.

It seems likely that the slow-down in measured productivity growth in the US and some other countries may be attributable, in part, to difficulty in measuring the outputs of the information and communications technologies (ICT) industries - particularly free content provided on the internet.  As means are found to require users to pay for more internet content it seems likely that will, of itself, make the productivity numbers for ICT industries look better even though underlying productivity will not have improved.

Technological innovation is likely to destroy a substantial proportion of current jobs, but it will not necessarily be more disruptive than it has been in the past.

As discussed in my post ‘Is average over?’ there is strong evidence of job polarization in the US. Research by David Autor shows that the occupations experiencing loss in employment are in the middle of the distribution, with the locus of displacement of middle-skill employment moving over time into higher skilled categories.  The pace of employment gains in low wage, manual task-intensive jobs has been increasing since the 1980s. The growth of high-skill, high wage occupations decelerated markedly in the 2000s, with only a modest recovery between 2007 and 2012. Autor suggests that the deceleration of growth of high pay jobs was associated with macroeconomic events which led to a sharp deceleration in computer investment (the bursting of the dot-com bubble, followed by the collapse of the housing market and the ensuing financial crisis).

Australian research, published in a recent report by CEDA (discussed here) shows a similar pattern of job displacement. The jobs that are disappearing involve routine tasks, not just low-skilled tasks. Researchers estimate that over the next 10 to 15 years about 40% of jobs have a high probability of being susceptible to technological change in Australia.

Growth in labour demand will occur in occupations that tend to involve perception and manipulation, creative intelligence and/or social intelligence. Many jobs will be concerned with the creative application of technology to solving problems.

In recent years enough new jobs have been created in Australia at a rate sufficient to replace those that have disappeared.

Some authors have suggested that the world faces a period of extraordinary economic disruption over the next few decades. My reflection on economic events over the last 40 years (in this post) suggest to me that perceptions of extraordinary disruption are a product of the economic stagnation in many high-income countries during the last decade.

During the 1970s I was under the impression that the pace of change was quickening, but that was an illusion. The economic disruption occurring in the wake of the first oil price shock and the emergence of stagflation certainly involved a quickening in the rate of change relative to the abnormal stability of the 1950s and 60s. Looking back now, however, economic change over the last 40 years seems to have been less about quickening than about fits and starts.

I suspect that when people look back in 40 years’ time they are they are not likely to perceive that the first half of the 21st century was extraordinarily disruptive. They are more likely to perceive this to have been a period of fairly normal disruption, with the pace of change being similar to that occurring on average since the beginning of the industrial revolution.

There is potential for future technological advances to lift average real wage levels in high-income countries.

At an aggregate level, innovations that raise labour productivity tend to increase the demand for labour because they make labour more productive. International comparisons show that real wage levels are more or less proportional to average productivity levels.

Real wage growth has not been quite proportional to labour productivity growth in high-income countries where labour’s share of national income has fallen over recent decades. As discussed in this post, average real wages in high-income countries have typically been growing at a rate around 0.35% per annum less than the median labour productivity growth of 1.64% per annum.

In most countries the most plausible reason for the failure of real wages to keep pace with the growth of labour productivity is that capital deepening (the growth of capital per unit of labour) has not been sufficient to offset the labour augmenting (or labour saving) bias of technological progress. (See my post discussing the elasticity of substitution between capital and labour.) In other words, investment levels have been too low.

A slowdown in the contribution of investment to GDP growth was evident the United States, Europe and Japan in the period 2000-07 and was accentuated after the global financial crisis.  Investment levels in Australia remained strong until recently, mainly reflecting investment in mining to supply inputs to the construction boom in China.

Investment in natural resource development has had a modest direct impact on demand for labour in Australia, but the impetus it has provided to overall economic growth in Australia had a more profound indirect impact. The impacts on labour demand of the growth of urban centres as hubs of highly innovative activity are similar in some respects.  As discussed in my post on the competitiveness of cities, when cities become attractive places for location of technology-intensive activities that tends to increase demand for many categories of labour including teachers, nurses and building workers.

Technological advances offer the potential for ongoing improvements in the quality of life.

It is sometimes suggested that because most people in high income countries are already highly satisfied with their lives, the additional opportunities provided by technological advances are not worth having. However, the benchmarks that people use when asked to evaluate the quality of their lives tend to change with changes in their perceptions of what might be possible. As noted in an earlier post, survey data indicates that a substantial proportion of people who claim to be completely satisfied with their lives (above 40% in some countries) are in complete agreement with the proposition that “because of science and technology there will be more opportunities for the next generation”.

In my last post I considered whether the disruptions associated with technological innovations cause a great deal of anxiety and unhappiness. There is a great deal of evidence many people who lose their jobs or feel that their jobs are threatened do suffer anxiety and unhappiness. However, these feelings are strongly associated with the state of the economy and the prospects of obtaining alternative employment.

Discussions of technological unemployment tend to focus unduly on potential job losses and to overlook the impact of new technology on economic growth and the associated expansion of employment opportunities. Many people will lose jobs as a result of technological change at some point in their lives. Most will readily find alternative employment, but some people are likely to have their lives severely disrupted by the high levels of unemployment that may persist in some regions where declining industries have been major employers.

Recent OECD research on technology diffusion gaps (discussed here) suggests that the ability of firms to learn from the global frontier is stronger in economies where there is less protection of domestic interests through international trade barriers, product market regulation, employment regulation and bankruptcy laws that that leave people with valuable skills employed in zombie firms. The research also suggests that skill mismatches can be exacerbated by high transactions costs in housing markets (e.g. stamp duties on transfers).

There is increasing recognition that excessive regulation to protect intellectual property rights is discouraging the diffusion of new technology and limiting the opportunities created by technological progress. As discussed in a post on this topic, the economic benefits of copyright and patent laws derive from the incentive they provide to authors and inventors to engage in creative activity. If granted appropriately such monopoly rights could therefore be expected to result in more technological progress and higher productivity growth than would otherwise occur. However, in recent decades these regulations have been used to provide monopoly rents to holders of rights far beyond those required to provide incentives for creative activity.

* * *
My general conclusion is that if governments were to do no harm we could be much more confident that future technological advances would provide widespread opportunities. That is probably too much to ask, but it might be reasonable to expect governments to do less harm than at present. For example, if governments want to help unemployed people who live in regions of persistently high unemployment, they should consider welfare measures designed specifically to assist those most affected (including relocation and early retirement). This is likely to be a less costly approach than the alternatives of supporting uncompetitive firms and industries through subsidies, tariffs, anti-dumping measures, government procurement policies etc. or funding uneconomic infrastructure projects.

This series of posts has focused on likely trends over the next few decades and has not addressed longer term issues that may emerge as robots come to play more important roles in our lives. I might have something to say about those issues after reading and thinking more. One day I might even feel able to write sensibly about the implications of the 'singularity' for individual human flourishing.


Postscript:
I think William Nordhaus may be writing sensibly about the timing of the 'singularity' and its implications for real wages in his paper: "Are We Approaching an Economic Singularity?"