Should regulation be allowed to limit the enjoyment of opportunities created by technological progress? 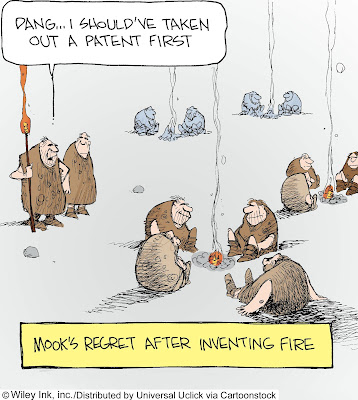 Two conflicting stories are being told about technological progress: the first has it creating widespread opportunities, while the second has it reducing real wages and creating misery for large numbers of people. The first story is a much more credible. That means, among other things, that governments should stop protecting vested interests that are trying to prevent technological innovations.

Machines are certainly replacing labour. As discussed in a recent post on this blog, new technologies are displacing routine jobs, including many jobs requiring technical and professional skills. This technological change is often described as labour-saving, for obvious reasons, but like many other economists I prefer to call it labour-augmenting, because its impact is like that of an increase in labour supply. (Think of robots.) Technological change also creates new jobs - often involving creative application of technology to solving problems – but the overall impact is less labour being required per unit of output. In other words, the story is about rising average labour productivity.

Actually, real wage growth has not been quite proportional to labour productivity growth in those countries where labour’s share of national income has fallen over recent decades. The median labour’s share of income for OECD countries has fallen from 66.1% in the early 1990s to 61.7% in the late 2000s. That implies (on my calculation) that real wages have typically been growing at a rate around 0.35% per annum less than the median labour productivity growth of 1.64% per annum in high-income countries.

As discussed in an earlier post, the most plausible reason for the failure of real wages to keep pace with the growth of labour productivity is that capital deepening (the growth of capital per unit of labour) has not been sufficient to offset the labour augmenting (or labour saving) bias of technological progress. In other words, investment levels have been too low.

This is consistent with the OECD’s recent analysis in The Future of Productivity which indicates that while the slowdown in the contribution of investment to GDP growth in the United States, Europe and Japan was accentuated after the GFC it was evident in the period 2000-07 (Figure 5, p 20). Investment in information and communication technology – a major source of labour augmenting technological change – remained relatively strong despite the overall weakness of investment.

Investment levels in Australia and Canada have remained strong until recently, mainly reflecting investment in mining to service a construction boom in China.  Looking to the future, however, Australia is unlikely to be immune from the malaise affecting the US, Europe and Japan, unless it follows superior economic policies.

The weakness of investment does not mean that governments should be scrambling to put in place an array of new investment incentives, but it does mean that they should be seriously considering removal of regulatory and tax impediments to innovation. The OECD’s recently updated Policy Framework for Investment provides a checklist of questions that are just as relevant to stagnating high-income countries as to the developing countries they were originally designed to assist.

There is a discussion of some aspects of government failure in high-income countries in my recent post on the policy implications of widening diffusion gaps. Last week’s post relating to the competitiveness of cities raised the relevant question of whether powerful interest groups that stand to lose will have the political clout to slow down innovations that have potential to reduce transport costs e.g. Uber. The issue I want to raise now is whether excessive regulation to protect intellectual property rights is likely to limit the opportunities created by technological progress.

The idea that protection of intellectual property rights could ever be excessive may seem to be morally suspect to some authors and inventors. Questioning whether people have an unlimited natural right to ownership of their intellectual creations might seem akin to questioning whether people have a natural right to the fruit that grows on their trees. Even so, individual claims to ownership of land and fruit trees are viewed as unethical in some traditional societies.

Arguably, laws regarding property rights have tended to evolve in market economies over many centuries in ways that now serve the individual interests of the vast majority of citizens in living peacefully and enjoying economic opportunities.

Viewed in that context it makes sense for claims to property ownership to be assessed in terms of what it is reasonable for people to expect. For example, it seems to me that it would be unreasonable for property owners to view passers-by who pick fruit from branches overhanging the boundary of their property as having breached a claim to ownership that is worthy of being enforced. It is possible that view might reflect my ignorance of reasons why such picking of fruit might be viewed as a crime in some jurisdictions. My point is merely that the property owner’s claims need to be balanced against the reasonable expectations of other citizens.

The economic benefits of copyright and patent laws derive from the incentive they provide to authors and inventors to engage in creative activity. The granting of such monopoly rights could therefore be expected to result in more technological progress and higher productivity growth than would otherwise occur. However, the exercise of such monopoly rights imposes a cost on users and can restrict adoption of new technology. In this context it seem reasonable to expect that the aim of government involvement in enforcing intellectual property claims would be to achieve an appropriate balance between providing incentives for creative activity and diffusion of technology.

A recent issue of The Economist (August 8, 2015) notes that a high proportion of patents (40-90%) are never exploited or licensed out by their owners. The authors suggest that “the system has created a parasitic ecology of trolls and defensive patent-holders, who aim to block innovation, or at least to stand in its way unless they can grab a share of the spoils”. The authors suggest that patents should come with a blunt “use it or lose it” rule, so that they expire if the invention is not brought to market.

A recent article by Brink Lindsey also argues that current laws regarding copyright and patents in the US are retarding growth of productivity by raising the price of copyrighted and patented products excessively and inflating the costs of innovation. He suggests some modest reforms to rein in the vast expansion in reach of copyright and patent law during recent decades:  removal of criminal liability for copyright infringement; removal of liability for non-commercial copying; reducing copyright terms from life plus 70 years to 14 years; and ending patent protections for software and business methods.

It seems paradoxical that while there is recognition in some quarters in the US that current intellectual property (IP) laws have over-reached, the US government is actively engaged in trade negotiations to impose dubious intellectual property regulations on international trading partners. Australia’s Productivity Commission noted in Trade and Assistance Review 2013-14 that under the Australia-United States Agreement (AUSFTA) copyright protection was extended to the life of the author plus 70 years, compared with life plus 50 years under the Agreement on Trade-Related Aspects of Intellectual Property Rights (TRIPS).
The Commission added:
“The relevance of trade related IP issues for Australia has gained even greater prominence because of the potential reach of the proposed TPP in this area. Potentially, the IP chapter in the TPP could be extensive and go beyond the provisions contained in the TRIPS Agreement and AUSFTA. For example, based on US media access to the current draft text, it appears likely that the TPP will include obligations on pharmaceutical price determination arrangements in Australia and other TPP members, of an uncertain character and intent. The history of IP arrangements being addressed in preferential trade deals is not good. Indeed, to the extent that the return to IP holders awarded by more stringent IP laws outweighed the benefits to the broader economy, the provision would also impose a net cost on both partners, lowering trading and growth potential across the bloc.”

Let us hope Australia’s trade negotiators do not end up paying too high a price for the sweet deal they are still seeking on sugar exports to the US market.

Postscript:
The Australian Government has now asked the Productivity Commission to undertake a public inquiry on intellectual property. Further information is here.
Posted by Winton Bates at 7:30 AM