Can any of the positive rights listed in the UDHR be considered natural rights? 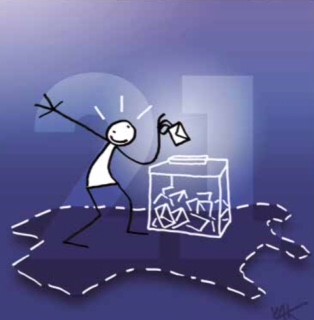 A statement made last year by Michelle Bachelet, the UN High Commissioner for Human Rights, marking the 70th anniversary of the Universal Declaration of Human Rights (UDHR) prompted me to take another look at it  In her statement, Ms Bachelet suggested that the UDHR has “withstood the tests of the passing years” and “has passed from being an aspirational treatise into a set of standards that has permeated virtually every area of international law”.

The UDHR is not a document that I look at often. My reason for largely neglecting the document has been the perception that it is aspirational, and involves a large element of wishful thinking. Ms Bachelet’s suggestion to the contrary reminded that Friedrich Hayek had asserted that by proclaiming social and economic aspirations to be rights, the UDHR was playing “an irresponsible game with the concept of ‘right’ which could result only in destroying the respect for it” (Law, Legislation and Liberty, p 105).

After re-reading the UDHR, there are a couple of points I would like to make about it.

First, Hayek was right!
Hayek’s warning about the confusion of the concept of right in the UDHR was appropriate. For example, consider Article 15:
“Everyone has the right to a standard of living adequate for the health and well-being of himself and of his family, including food, clothing, housing and medical care and necessary social services, and the right to security in the event of unemployment, sickness, disability, widowhood, old age or other lack of livelihood in circumstances beyond his control.”

Article 15 seems to tell everyone that the world owes them a living. But who will pay? Nature has different imperatives. Human flourishing depends on what people can do individually and collectively to help themselves and each other. Governments may help by defending the natural rights that enable people to better their own condition and help others. Although they often promise to ensure that everyone has an adequate standard of living, governments can’t themselves generate the wealth needed to keep such promises.

Governments can redistribute wealth, but their redistribution efforts tend to discourage wealth creation. What happens when redistribution is pushed too far is obvious from the recent experience of Venezuela. The policies followed by the Venezuelan government were presumably intended to contribute to the human flourishing aspirations underlying Article 15, but they have had the opposite effect of impoverishing many people in that country. The incoming Venezuelan representative on the UN human rights council would do us all a favour if he or she could acknowledge the consequences of the Venezuelan government’s efforts to comply with Article 15.

The UDHR would have provided a more coherent defence of human rights if its framers had given more attention to the insights of Frédéric Bastiat about natural rights and the role of law. In The Law, published in 1850, Bastiat makes the point that everyone has a natural right to defend their person, their liberty and their property, and asserts that the law should be viewed as “the collective organization of the individual right to lawful defense”:
“When law and force keep a person within the bounds of justice, they impose nothing but a mere negation. They oblige him only to abstain from harming others. They violate neither his personality, his liberty, nor his property. They safeguard all of these. They are defensive; they defend equally the rights of all”.

Second, some of the positive rights in the UDHR are worth supporting.
I am referring to various legal rights relating to natural justice, or procedural fairness, and the right of political participation in Article 21:
“Everyone has the right to take part in the government of his country, directly or through freely chosen representatives”.

People who live in liberal democracies tend to take that right that for granted, and many are even disillusioned about it, but it is a right that people seek persistently when it is denied to them. Tyrants understand that well; although they often claim to be adored by citizens, they are rarely willing to allow their popularity to be fairly tested in fair elections. The recent protests in Hong Kong show that the right to political participation is keenly sought even when people live under a regime that, for the time being, provides individuals with greater economic freedom than is enjoyed in most liberal democracies.

Is political participation a natural right?
It seems to me that the right to political participation should be viewed as a natural right for much the same reasons as I have argued that humans have a natural right to exercise the self-direction that is central to their flourishing. It is part of human nature to seek mutual benefit by participating actively with others in decisions relating to provision of collective goods because provision of such goods is, and has always been, necessary to human flourishing. As Aristotle said, “man is by nature a political animal”.

The context in which Aristotle made that observation is worth quoting because what he described seems to an essentially voluntary process of people coming together for mutual benefit:
“When several villages are united in a single complete community, large enough to be nearly or quite self-sufficing, the state comes into existence, originating in the bare needs of life, and continuing in existence for the sake of a good life. And therefore, if the earlier forms of society are natural, so is the state, for it is the end of them, and the nature of a thing is its end. For what each thing is when fully developed, we call its nature, whether we are speaking of a man, a horse, or a family. Besides, the final cause and end of a thing is the best, and to be self-sufficing is the end and the best.
Hence it is evident that the state is a creation of nature, and that man is by nature a political animal” (Politics, Book 1, Part 2).

The political participation of a citizen in a liberal democracy, which usually doesn’t involve much more than voting, has little in common with the participation of citizens in the functioning of the city states that Aristotle wrote about. Perhaps that helps to explain the disillusionment that many currently feel about the exercise of their democratic rights. Responses to surveys suggest that many people want more involvement in decisions that affect them.

Many people are also unhappy about the outcomes of democratic political processes. In my view that unhappiness stems to an important extent from inflated expectations generated by UDHR and other authorities which assert that people have the right to expect politicians to deliver them a standard of living they consider to be adequate. Another important source of disillusionment is the ‘plunder’ that Frédéric Bastiat foresaw as a likely outcome of the universal franchise. Bastiat was referring to the use of the power of the state by some to seize and consume the products of the labour of others. These days economists refer to that as rent seeking and usually consider it to be a major obstacle to productivity growth.

It seems likely in the decades ahead, that low productivity growth will reduce the rate of growth in government revenues in many democratic countries, at the same time as an increase in the proportion of elderly people places increased political demands on governments. Consequently, governments are likely to be forced to reduce their involvement in provision of services that can be supplied either privately, or via voluntary cooperative activity.
Fortunately, as I have previously discussed, technology is developing in ways that are likely to enhance our opportunities to seek mutual benefit in cooperative enterprises.

Conclusions
The right to political participation should be viewed as a natural right which evolved because human flourishing required individuals to participate actively with others in decisions relating to provision of collective goods. Such involvement is less active in modern societies in which many collective goods are provided by remote government agencies.

The positive right to political participation is nevertheless an important right recognised in the UDHR. It differs from social and economic aspirations - that are also claimed to be rights in the UDHR - because it is a right that governments can comply with. The exercise of voting rights provides citizens with some protection against tyranny.

The disillusionment that many people in the liberal democracies feel about the exercise of their democratic rights seems likely to increase as low productivity growth reduces government revenues and demographic change increases political demands on governments. Technological advances that enhance opportunities to seek mutual benefit in cooperative enterprises offer hope that people will in future be able to exercise their natural political rights in ways that give them more involvement in decisions that affect them.