Will blockchain enhance our opportunities to seek mutual benefit in cooperative enterprises? 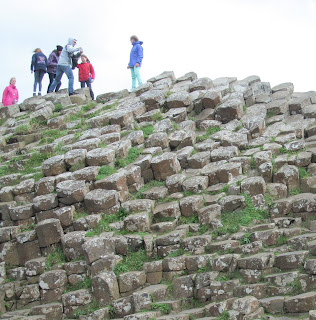 As noted in my review of The Community of Advantage, Robert Sugden suggests that it is appropriate for people to adopt the principle of mutual benfit in participating in voluntary interactions with others. The principle requires individuals to meet normal expectations concerning the consequences of the interaction of those with whom they are interacting, unless their behaviour indicates that they can’t be trusted. It may be seen as an alternative to seeking only personal benefit. It does not preclude seeking to benefit other people in some interactions.


Sugden suggests that the principle of mutual benefit is relevant to market exchange and many other forms of voluntary interaction. I want to focus here on the relevance of the principle to individuals participating in cooperatives and self-governing communities.


Elinor Ostrom’s research on management of common pool resources illustrates how the principle of mutual benefit has been applied in some cooperative enterprises. In Governing the Commons: The Evolution of Institutions for Collective Action, which I have previously discussed in different contexts here and here, Ostrom suggests that individual participants have been willing to make a contingent self-commitment of the following type:


“I commit myself to follow the set of rules we have devised in all instances except dire emergencies if the rest of those affected make a similar commitment and act accordingly”.


In making such commitments people expect that governance rules will be effective in producing greater joint benefits, and that monitoring (including their own) will protect them against being suckered. Ostrom adds:


“Once appropriators have made contingent self-commitments, they are then motivated to monitor other people’s behaviors, at least from time to time, in order to assure themselves that others are following the rules most of the time. Contingent self-commitments and mutual monitoring reinforce one another, especially when appropriators have devised rules that tend to reduce monitoring costs."


That contingent self-commitment strikes me as an adaptation of the principle of mutual benefit to a cooperative enterprise.


The principle of mutual benefit also has potential to play a role in democratic government. I am personally willing to commit to participating in the political process in ways that will promote mutual benefits for us all, and to refrain from using politics opportunistically to obtain benefits for myself and my family at the expense of others, provided the behaviour of most other people indicates that they have made a similar commitment.


However, from my observation of national and state politics, it is obvious that few other people behave as though they have made a such a commitment. So why would anyone? Norms of reciprocity have been lost to democracy at a national and state level. Most voters now seem to view the taxing and borrowing powers of government as a common pool resource to be used for their own personal benefit. Rather than improving the opportunities available to the ‘average citizen’, the outcomes of politics often diminish incentives for productive activity and constrain the opportunities available to all (except perhaps those most adept at rent seeking).


We have learned from Elinor Ostrom that Garret Hardin’s “tragedy of the commons” story – impoverishment through over-use of common property resources – is fiction when boundaries are clearly defined, and participants voluntarily commit to follow appropriate norms of behaviour. Rather than a tragedy of the commons, wealthy societies are now experiencing a tragedy of democracy at a national and state level.


In his book, The Meaning of Democracy and the Vulnerability of Democracies, Vincent Ostrom set as an ideal the re-establishment of self-organizing and self-governing communities in which each person “is first his or her own governor and is then responsible for fashioning mutually productive relationships with others”. Such communities would be characterised by “mutual understandings grounded in common knowledge, agreeable patterns of accountability, and mutual trust”. As discussed in my review of his book, Vincent Ostrom wrote of re-establishment because American society in the 19th century was observed by Alexis de Tocqueville to have many of the characteristics of self-organizing and self-governing communities. They were the kinds of communities in which those seeking mutual benefit were more than likely to be rewarded personally and collectively.


Does blockchain technology offer potential for the principle of mutual benefit to be exercised to a greater extent in cooperative enterprises and local communities? A few months ago, while reading The Social Singularity, by Max Borders, I became enthusiastic about the potential for blockchain and smart contracts to enable people to act together to produce some public goods cooperatively without involving central government. Since then, I have learned a little more about blockchain and am still enthusiastic about the potential it offers.


There are good basic explanations of blockchain on sites such Upfolio. For present purposes, all you need to know is that blockchain technology is designed to let people safely undertake transactions without the need for trust, or middlemen to check transactions. It offers a new mechanism to manage opportunistic behaviour once property has been given a digital identity. Smart contracts are self-enforcing. They require no external authority for enforcement because all conditions of the contract are managed on-chain.


In a recent paper, Sinclair Davidson, Primavera De Filippi and Jason Potts make a strong case for blockchain to be viewed as a new form of economic institution. They define a Decentralized Collaborative Organization (DCO) thus:


Transactions are likely to occur in blockchains, rather than in firms or markets, when blockchains offer the prospect of reducing transactions costs, e.g. by reducing costs of monitoring managers to ensure that they are acting in the interests of owners. Blockchain organisations can be expected to be carved out of those parts of firms in which they lower transactions costs.


My understanding is that the transfer of transactions to blockchains has the potential to reduce transactions costs in all forms of enterprises – whether they are owned by investors, producers, consumers or governments.


It is worth noting, however, that when using smart contracts to facilitate governance, trust is transferred to the code that defines them, and to those who write the code. That point has been made by David Rozas, Antonio Tenorio-Fornés, Silvia Díaz-Molin and Samer Hassan in a recent paper (“When Ostrom Meets Blockchain: Exploring the Potentials of Blockchain for Commons Governance”)


Who will you trust to write the code? I imagine that smart contracts would be no easier for a layperson to read and understand than the intellectual property agreements that we all have to claim to have read and understood before we can update our computer programs.


It seems to me that some of Henry Hansmann’s comments about the benefits of ownership of enterprises are relevant to the question of whose code is trustworthy. Even though the owners of an enterprise may have limited ability to reduce transactions costs by monitoring managers, ownership provides them with some assurance that managers are not serving interests that may be opposed to their interests (Henry Hansmann, The Ownership of Enterprise, 1996, p 48). Similarly, producers, consumers and investors could each be expected to place most trust in code written by technicians whom they perceive to be serving their respective interests. In many instances, distrust of code will be less of problem and transactions costs will be lower if multi-purpose DCO architecture can be purchased off-the shelf.


Backfeed, an experimental operating system for decentralized organizations, may well turn out to be a good example of blockchain technology which enhances opportunities for those seeking mutual benefit in cooperative endeavours. Its inventors claim that it enables “massive open-source collaboration without central coordination”. Backfeed’s governance system enables a decentralized network of peers to reach consensus about the perceived value of any contribution within the network, and reward it accordingly. Those participants who feel that their contributions are not adequately valued by their peers have an opportunity to fork-off into different communities that might be more appreciative.
Backfeed may or may not succeed but, one way or another, it does seem likely that blockchain will enhance our opportunities to seek mutual benefit in cooperative enterprises.
Posted by Winton Bates at 2:03 PM