Which countries have national ideologies that support widespread opportunities for individual flourishing?

If you have not been following this blog closely you might find my answer to this question to be surprising.

Perhaps I should begin by listing some propositions that are supported by earlier posts in this series:

So, one way to answer the question of which countries have national ideologies that support widespread opportunities for individual flourishing is to use the results of the regression analysis in my last post to identify the high income countries which have growth ideologies which are predicted to result in increased economic freedom. The answer is provided in the following chart, in which countries with relatively high average incomes (above $25,000 in US 2005 dollars) are shown with a red marker. 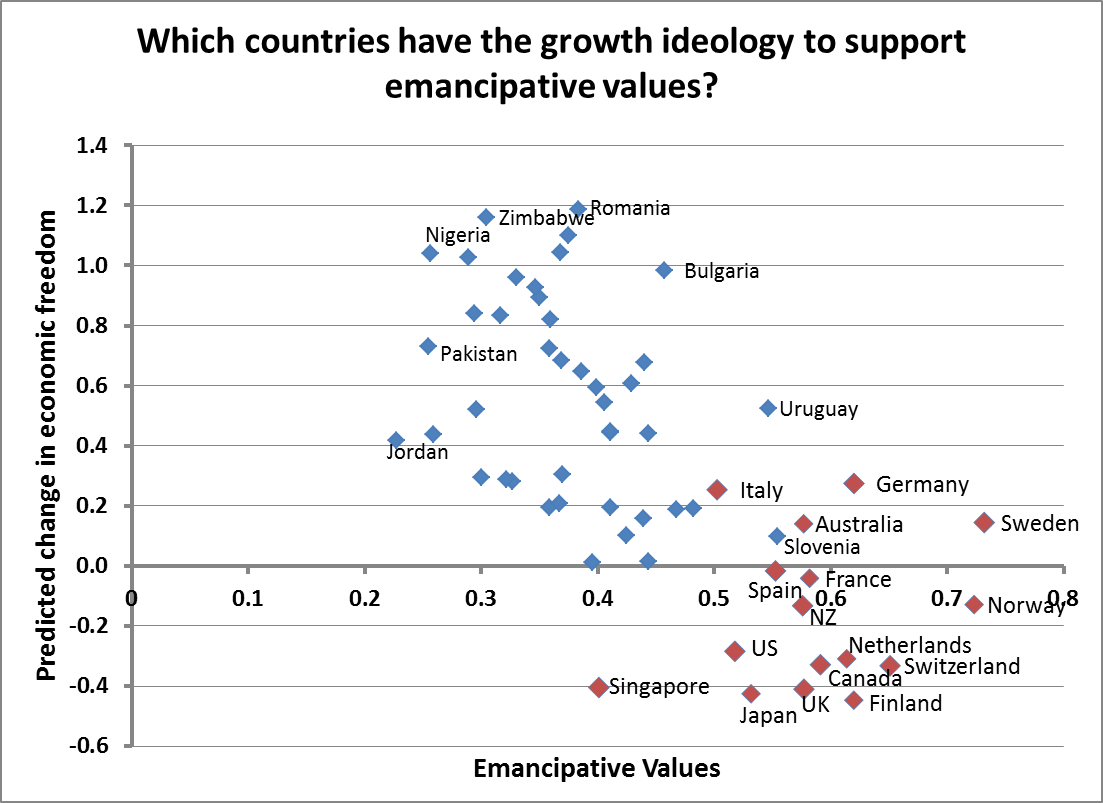 
One problem with the answer provided in the chart is that it is based on surveys conducted during the 00s. In my next post I will consider whether more recent WVS survey data relating to growth ideology shows a different picture.
Posted by Winton Bates at 8:00 AM