What is the relationship between emancipative values and economic freedom?

Followers of this blog will know that I have recently written several posts on topics related to this question. However, I will do my best to ensure you can understand what this post is about without having to read earlier posts in the series. I will try to pull the threads together in a subsequent post.

Emancipative values, as defined by Christian Welzel in his book Freedom Rising, are about such things as individual autonomy, choice in relationships, gender equality, freedom of speech and democracy. Economic freedom is about such things as the right to use your own resources for whatever purposes you choose including mutually beneficial activities with others. 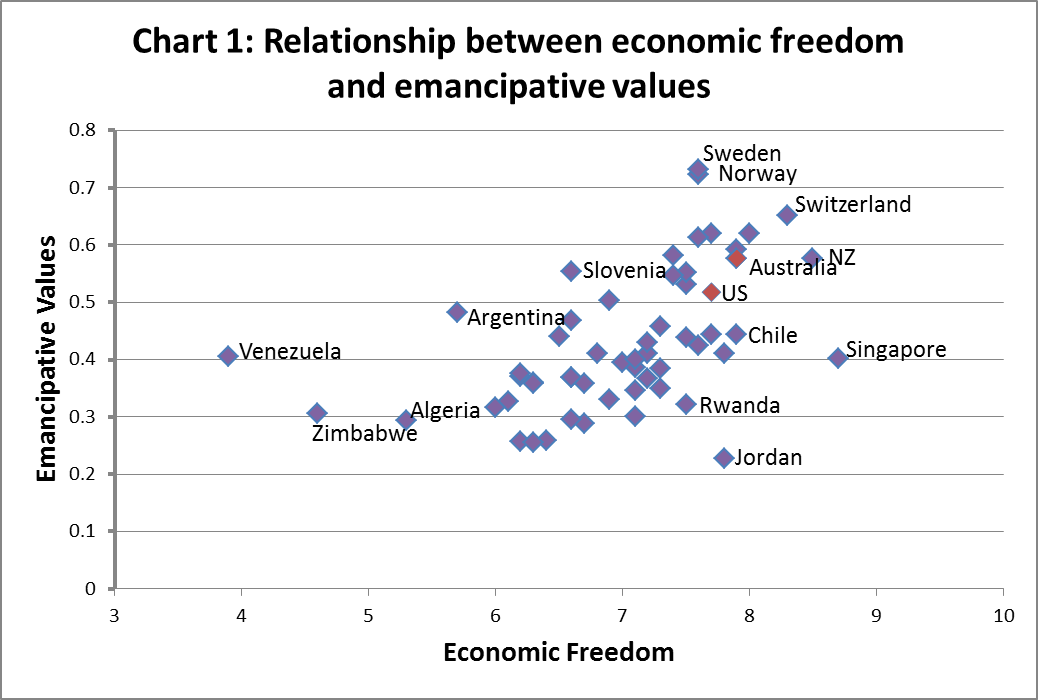 Chart 2 shows how economic freedom has changed with changes in emancipative values over the last few decades in 36 countries for which data is available. 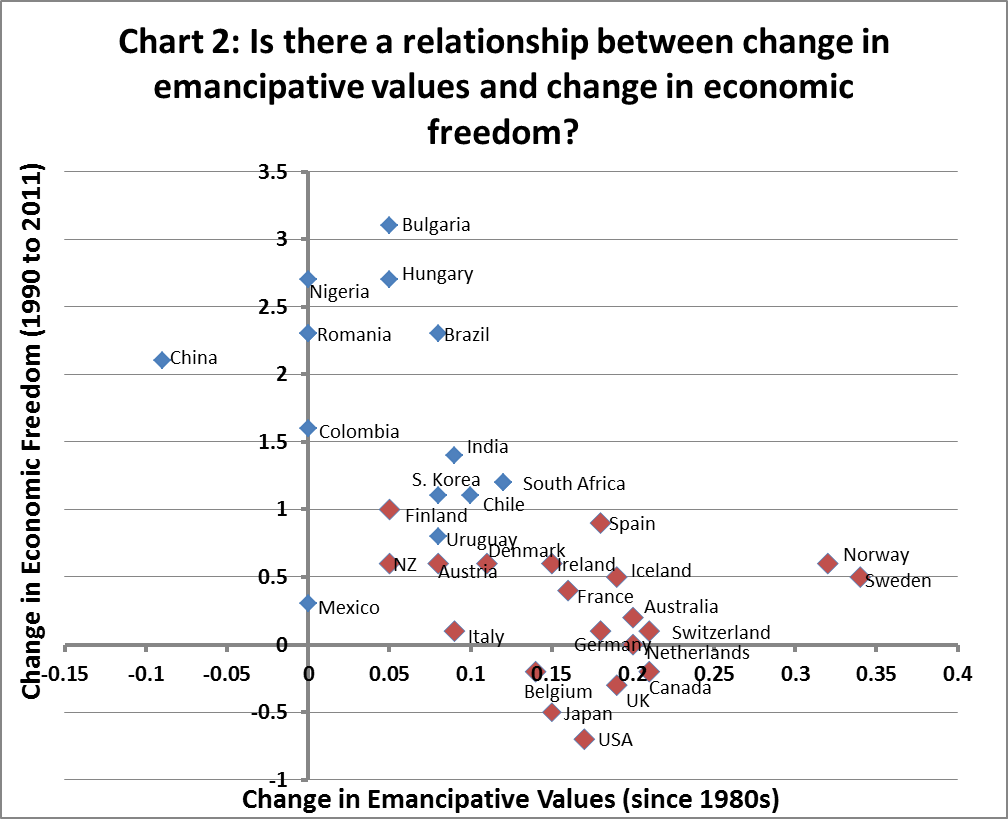 The experience of Sweden and Norway goes some way toward persuading me that if the expression of emancipative values conflicts with economic freedom in high income countries, then the economic consequences will unleash social forces to rectify the problem. However, it would be nice to have a better understanding of how the attitudes and ideologies that lead to change in economic freedom are related to emancipative values.
Posted by Winton Bates at 8:00 AM