Was Kant a friend of reason and liberty? 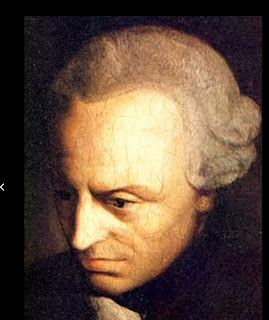 I began thinking about this question as I was reading Ronald Beiner’s recent book, Dangerous Minds. Beiner’s main point seems to be that rightwing opponents of liberty are finding inspiration in the
writings of Nietzsche and Heidegger. That should not be surprising. Nietzsche inspired Heidegger, who had strong links to the National Socialists.

The fact that some leftwing opponents of liberty find inspiration in the writings of Nietzsche and Heidegger requires more explanation. With the failure of socialism to live up to its promise of ushering in an era of productivity and prosperity, the academic left found in Nietzsche and Heidegger a way to continue to embrace socialism by claiming that logic and evidence are subjective. Stephen Hicks gives that as one of several explanations in his book, Explaining Postmodernism.

When we classify thinkers according to various criteria such as their beliefs about reason and individual liberty, it seems natural to ask how they came to have those beliefs. Nietzsche and Heidegger were irrationalists – they believed that reason is trumped
by claims based on instinct and emotion – and they were both opponents of modernity and classical liberalism. To what extent were they influenced by Immanuel Kant?

A friend of reason?

Kant has influenced the way many people think about external reality by raising important questions about the ability of humans to know the nature of things as they are. Kant’s assertion that reason is impotent to know reality may have inspired Nietzsche, Heidegger, and others to become irrationalists.

However, Kant was in many respects a friend of reason. His philosophy certainly does not lead inevitably to irrationalism. For example, following a neo-Kantian approach, Ludwig von Mises asserted that purposeful human action - the fundamental axiom from which he deduced laws of economics explaining real world behavior - is a category of the human mind.

Similarly, Friedrich Hayek’s speculations about the workings of the human mind share with the Kantian framework the idea that our minds impose an order on what we experience. However, Hayek suggests that the maps that our minds create are subject to gradual change in response to sensory inputs. His theory implies that we can advance our explanations of the objective physical world, and that as we do that we come to ‘see’ it differently. [Accessible accounts of Hayek’s theory are to be found in Chapter 12 of Bruce Caldwell’s book, Hayek’s Challenge, and in an article by William Butos. Hayek acknowledges in Constitution of Liberty that reason “is undoubtedly man’s most precious possession”. He distinguishes his anti-rationalist position - opposing the abuse of reason in attempts to control society - from irrationalism and appeals to mysticism (69).]

A friend of liberty?

Hayek counted Kant as a classical liberal, along with David Hume, Adam Smith, Edmund Burke, Alexis de Tocqueville, Benjamin Constant, Friedrich Schiller, Wilhelm von Humboldt, James Madison, and others who advocated limitations on the powers of government. By contrast, Voltaire, Rousseau, and Condorcet were constructivist rationalists who advocated democracy, with unlimited powers for the majority. [Source: Nishiyama and Leube (eds) The Essence of Hayek, 363-4.]

Hayek admired Kant’s categorical imperative (CI) – “act only according to that maxim whereby you can at the same time will that it should become a universal law”. He viewed the CI from the perspective of meta-ethics, rather than personal ethics, in suggesting that it “proved of the greatest importance in preparing the ground” for rule of law in Prussia during the latter part of the 18th century. [Constitution of Liberty, 197]

James Buchanan referred favorably to Kant’s CI for similar reasons to Hayek – as an ethical precept supporting norms of behavior that produce superior outcomes in social interaction. Henry Hazlitt and Leland Yeager, rule utilitarians, also see merit in a test of universalizability of social rules, but are critical of the notion of “duty for duty’s sake”. [Hazlitt, Foundations of Morality, Ch 16; Yeager, Ethics as Social Science, Ch 9.]

The fact that Kant advanced reasons why individuals should respect the rights of others counts in his favor to be viewed as a friend of liberty. However, if he had been able to perceive it to be meritorious that individual humans seek to flourish, he could have provided a straight-forward argument for a political/legal order recognizing rights on the basis that it is needed to ensure that the flourishing of different individuals and groups does not conflict. [Douglas Rasmussen and Douglas Den Uyl advanced that view in Norms of Liberty.]

My doubts about whether Kant should be considered a friend of liberty are centered around his collectivism. He was an admirer of Rousseau and advocated similar policies. It is well known that Kant claimed that man is a creature made of “warped wood”. I had thought this was just recognition of human fallibility, but Kant also claimed that if man is “an animal that, if he lives among other members of his species, has need of a master”, a government “to break his self-will and force him to obey a universally valid will”. Kant presented a vision of a federation of states ultimately living in peace, but that did not prevent him from claiming that, at the present stage of culture, peace would be a moral disaster. He argued: “The means that nature uses to bring about the development of all man’s capacities is the antagonism among them in society”.  [Source: Hicks, Explaining Postmodernism, 99-101.]

Antagonism doesn’t seem to me to be linked to any maxims that a classical liberal would will to become universal.

It seems reasonable to argue that Kant was a friend of reason. I am less sure that he was a friend of liberty. The way the categorical imperative has been used in discussions of universalizability of law has probably promoted liberty. Kant’s more political writings may, however, have given comfort to opponents of liberty.
Posted by Winton Bates at 4:59 PM