Are you getting sauced? 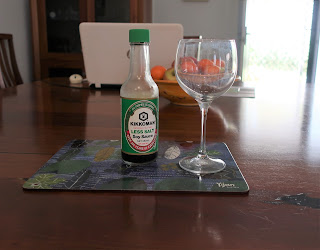 It is about time greater recognition was given to the sterling efforts of Australia’s liquor licensing regulators. While some public health officials have become media superstars during the COVD-19 epidemic, the liquor regulators have gone quietly about their business of protecting us from ourselves.  Lack of public recognition for their efforts must be almost enough to drive them to drink.

The Australian Broadcasting Commission – your ABC (or is it our ABC, or their ABC) – is normally a strong supporter of government regulation, but when was the last time you saw the ABC praise liquor regulators for their efforts? Just about everyone that the ABC interviews says, “Aorta do something about that”, no matter what “that” is. The “A” in aorta is the government, of course. Someone should tell the government Aorta get the ABC to praise the liquor licensing regulators.

I can’t remember anything the ABC has done over the last 18 months or so to recognize the sterling efforts of liquor regulators. Liquor licensing regulators have to make contributions that are a long way beyond the call of duty before the ABC recognizes them.

The sterling efforts of the acting director-general of licensing of the Northern Territory (NT) were reluctantly acknowledged by Katrina Beavan and Steward Brash in an item published on 30 July 2019. The headline of the article gives an indication of the perceptiveness and courage of the acting director-general: “NT liquor licensing laws affect sale of household cooking products, vendors warned”.

The acting director-general deserves to be highly honored for making such a magnificent contribution to the welfare of citizens of the NT. Most liquor regulators would be inclined to turn a blind eye to the fact that some household cooking products contain alcohol. After all, regulators are human, and just about as lazy as the rest of us. Regulators could be expected to be particularly reluctant to rock the boat by upsetting food retailers and their customers.

However, the acting director-general wrote a letter to food retailers telling them that if they want to sell any product over 50 ml that contains 1.15 per cent ethyl alcohol or more, they require a liquor licence. Licensing inspectors followed up by visiting a range of stores in Darwin and Alice Springs, insisting that owners take offending items off the shelves.

Some of you might think that the acting director-general was being excessively zealous, particularly since the legislation specifically referred to “beverages”.  I can almost hear some of you saying that soy sauce is not a beverage. You wouldn’t drink it!

Well, you obviously haven’t heard of a “bloody geisha”? As cocktails go, a bloody geisha isn’t too bad in my view. It is more flavorsome than straight sake. I imagine that if you use enough soy sauce, you could reduce the amount of sake, and still get a kick out of it. Some people may even omit the tomato juice.

In my view, a strong case can be made that the acting director-general didn’t go far enough. Why not also specify that methylated spirits and turps must also be sold through liquor stores? You might point out to me that regulations to protect government revenue from sale of alcoholic beverages require metho to be adulterated to contain enough poisonous stuff (methanol) to make people go blind and to kill them. You probably think that the fact that metho kills people is a strong enough deterrent to stop nearly everyone from drinking it. However, that is odd argument. It implies that human nature is such that if you leave people to make choices for themselves, they will nearly always choose to stay alive.

You probably also want to tell me that when you say someone is “on the turps” that is just a figure of speech. You claim to know that mineral turpentine contains no alcohol. If I object, you will tell me that is a scientific fact.

Struth! You probably still think there is a real world out there and that we all tend to have common perceptions of reality. One day you will understand that we live in a post-truth world. Everyone has their own truth. Perceptions are everything. If you have any interest at all in protecting people from themselves, you will agree with me that to discourage people from “going on the turps”, mineral turpentine should only be sold in licensed liquor stores.

How does this story end? From what I can gather, the NT Licensing authorities subsequently backtracked on efforts to ensure soy sauce could only be sold in licensed liquor outlets. Nevertheless, the acting director-general deserves a medal for assiduous efforts in trying to protect NT people from themselves!