Where will the future jobs come from? 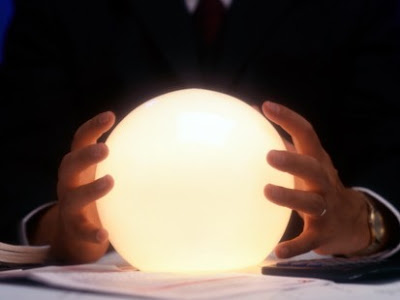 This question is almost unanswerable, but it is easy to understand why people ask it. A definitive answer is not possible because future jobs will depend on decisions of large numbers of individual businesses, many of which do not yet exist, responding to demands of even larger numbers of consumers around the world. Some guesses are likely to be better than others, but no-one really knows what new products or new technologies will emerge, or how consumer tastes might change.

It is understandable that people ask where future jobs will come from when existing jobs are being threatened by international competition and automation. In the 1970s, when I worked at the IAC (predecessor to the Productivity Commission) many people were asking where the jobs would come from to replace manufacturing jobs then being lost to import competition. People who know about my work career sometimes still ask the same question today for the same reasons (e.g. in the context of the uncertain future of steel production in Wollongong) but these days there is greater concern about the offshoring of services and the impact of technological change.

I was thinking about the way economists answer the question of where the jobs will come from as I read a recently published report by the Committee for Economic Development of Australia (CEDA) with the uninspiring title: “Australia’s future workforce?” Fortunately, this is a good example of not being able to judge a book by its title. The report contains many fine contributions by people with expertise in technological change and/or the Australian labour market. Some of the contributors provide information highly relevant to considering the nature and extent of job losses that are likely to occur as a result of technological change and the kinds of jobs that might be in demand in future.

Some points that seem to me to be important are summarised below:

My answer to the question posed above is that the future jobs of Australians will be shaped by:

It might seem logical to proceed now to consider the policy proposals contained in the CEDA report. However, there are a few other questions I want to consider before I turn to policy.
Posted by Winton Bates at 7:43 AM

If machines do all the routine tasks then how about we create jobs for helping each other. There is more than enough to do. Just need a way to redistribute wealth.

Hi Mark
Perhaps the time is coming when the only way to obtain income will be by being a capitalist (robot owner or property owner) or mendicant. I think we are still quite a long way away from that situation, but it is probably a good idea to start thinking about whether we will need a better way to redistribute wealth.

"then how about we create jobs for helping each other"

Because robot will be able to help the other better than you would do.

"whether we will need a better way to redistribute wealth"

If the goal of society is to redistribute wealth, my goal will be to protect wealth from the redistributor. Interestingly enough, protecting wealth involve creativity, imagination and social skills, which is not subject to automation. :D

It seems to me that the current approach to wealth redistribution is basically a mendicant model. It is not faring too well at present and might collapse in a heap if placed under increasing stress in future to support a rising proportion of the population. However, I don't know whether that is likely.

We just need to start thinking about such things.

I'm more of an optimist

I think that there will be income earning opportunities for more than just robot and property owners. Even for these people there are only 24 hours in the day - there will be plenty of jobs for humans (either working alongside robotics or not) to provide personal services to service this demand.

I think that this would extend beyond everyone just being dog-walkers.

For example, driverless cars and drones might replace taxis, couriers and even uber drivers but there will be opportunities for people to supply customised goods and services (meals, stores and warehousing beyond the selection abilities of robots). I can't say what there would be but I think the incentives and opportunities would be there.

Procrustes,
I actually agree with you.
The extent to which robots replace humans depends how far into the future you look. In the immediate future the routine jobs go. That is my main area of interest.
Looking a long way ahead there will still be demand for human labour as you note and as I discussed in my robot post: http://wintonbates.blogspot.com.au/2015/06/will-robots-replace-human-labour-and.html
The idea that one day the only way to earn income will be to own robots or property is just conjecture. Perhaps it will happen but might not.

There may still be a wealth distribution question, but It is not inevitable. Even if there is concentration of wealth it is possible that everything will be so cheap that wealth distribution will become a non-issue in terms of the opportunities available.
There is also the idea lurking around that robot owners will have a collective interest in ensuring that the rest of the population has enough income to buy the stuff they produce.

However, what concerns me most is the risk that governments will put in place silly policies that won't help the least advantaged in dealing with the future.

These include: labour restrictions that will inhibit flexibility and probably prompt an even speedier switch to robotics than would otherwise occur (e.g. the recent Californian decision on Uber drivers being employees rather than contractors); and excessive increases in the minimum wage. Witness the increased use of ipad type devices in fast food restaurants accompanied by an increase in the number of tables per staff. While aspects of this are increases in labour productivity with benefits to consumers, I'm not sure that the advocates of large minimum wage increases realise that there will be reduced hirings of the least well off due to even quicker substitution of technology for labour.

Hillary Clinton's stasist (to use Virginia Postrel's term) comments about the sharing economy in her recent economic policy speech are a worrying sign of the prospect of interventions larded with unintentional consequences or protection of incumbent interests.

On wealth redistribution, I'm not so sure about the claims of robot owners ensuring consumers have enough income to purchase their products. This sounds a little like the unsubstantiated claim that Henry Ford paid his workers well so that they would all buy model Ts - even if it was true that he did pay so handomely it isn't a sustainable business model.

That all said, while I recognize that there are concerns about 1%ers and inequality, most of the solutions floating about would probably make matters worse.

Procrustes:
The latter-day Luddites seem to be gathering political support in some parts of the world. I get the impression that the problem is much worse in Europe than America. The interventions in Australia seem to be confined mainly to tax measures, some of which seem to make sense in terms of equal treatment (Uber) and some seem incomprehensible (e.g. tax treatment of Bitcoin).
I expect evidence will emerge that the countries/regions that maintain greatest economic freedom will tend to do best in terms of growth in GDP and employment in the years ahead (as in the past).
Regarding wealth distribution, perhaps the question we should be asking ourselves is what are the institutions that will enable people to cope best with an uncertain future. It would be hard to do better that rule of law, free markets and representative government. Those who are worried about wealth distribution should be concerned to ensure that governments are not encumbered to the point where they will not be capable of doing anything to redress the problems that they perceive as likely to emerge in future.