Can the people in wealthy countries continue to climb the emancipation ladder? 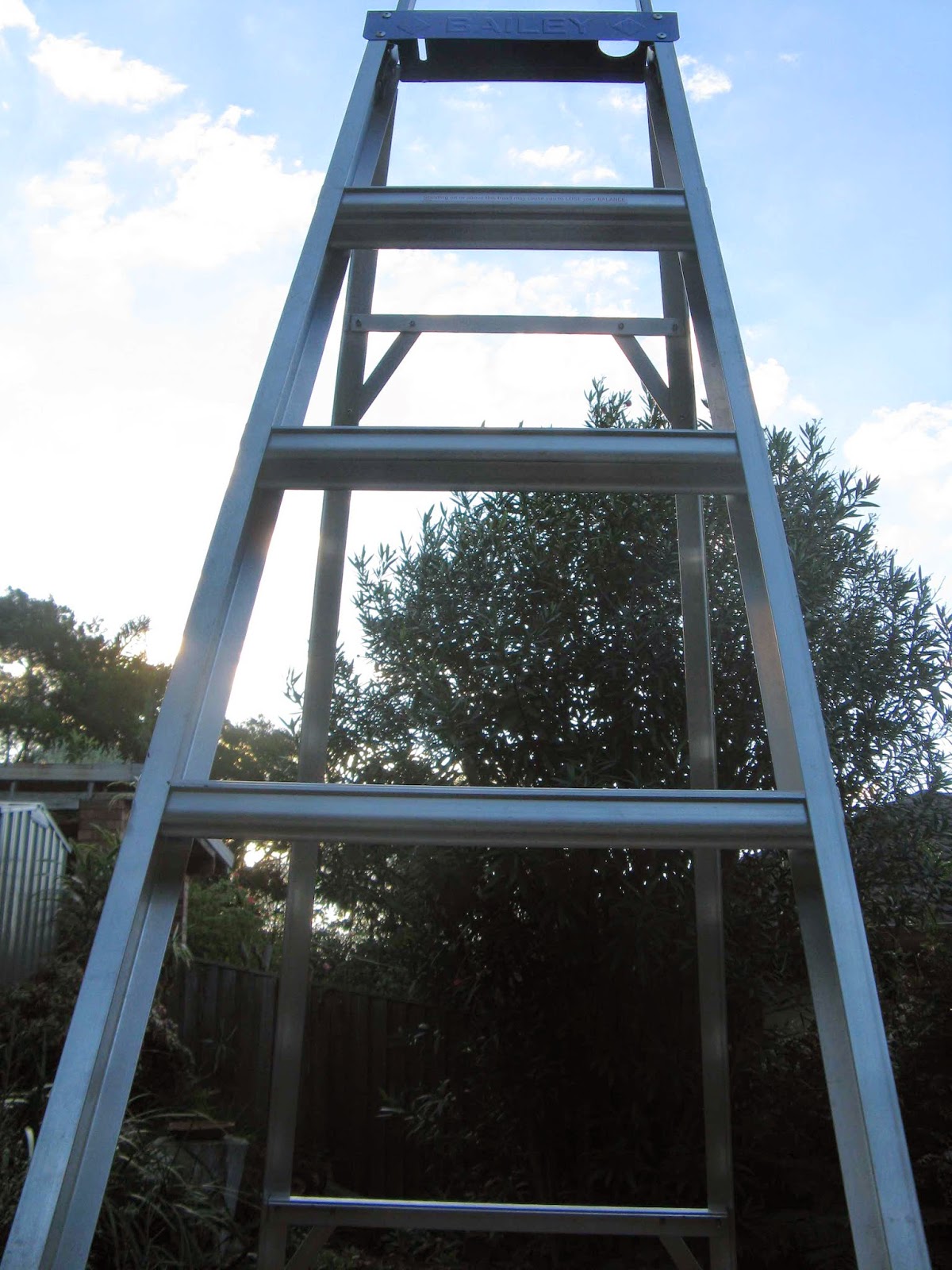 This article is my attempt to provide an overview of the series of posts I have been writing about emancipative values.

A good place to start is by explaining what I mean by an emancipation ladder. The basic idea is that the opportunities for individuals to live happy lives are constrained by the circumstances in which they live. The opportunities available to people on the bottom rung of the ladder are heavily constrained. They are likely to be illiterate, to live in small communities with poor communication with the outside world and to be preoccupied with satisfying basic material needs. As these constraints are lifted, more people are able to climb to higher rungs of the ladder, where opportunities are greater. Climbing the ladder may not make our lives blissful, but it emancipates us from the constraints imposed by predation, persecution and poverty.

The concept of emancipation that I am using here owes a great deal to Christian Welzel’s book Freedom Rising, which I reviewed on this blog a few weeks ago. Professor Welzel’s research suggests that as a consequence of economic development people have tended to adopt emancipative values - showing more concern about such matters as personal autonomy, freedom of choice, having a say in community decisions and equality of opportunity. In an increasing number of societies, larger numbers of people have come to recognize the value of civic entitlements - such as the right to vote - and have used their growing material resources, intellectual skills and opportunities to connect with others to take collective action to achieve such entitlements. The process is ongoing, with greater concern being shown for opportunities available to ethnic minorities, gender equality, entitlements of the disabled etc. as material living standards have risen and emancipative values have strengthened.

However, the people in wealthy countries can expect to experience great difficulty climbing further up the emancipation ladder if social norms and ideologies turn against economic development. As societies become wealthier, economic development becomes less dependent on factories belching smoke and does not necessarily involve vast property developments that destroy the natural beauty of the landscape, but it still requires ongoing advances in technology, innovation and productivity growth. If economic development ceases we can expect our societies to become meaner, with greater disputation over whether different groups in the community are getting a fair share of the national economic cake. (Benjamin Friedman made some valid points about such matters in his book, The Moral Consequences of Economic Growth, which I discussed here a few years ago.)

My understanding of the economic development process suggests strongly that the chances of economic development are greatly improved when prevailing social norms and ideologies support economic freedom i.e. the rights of individuals to use their resources for purposes they choose, including endeavours involving the voluntary cooperation of others. As I see it, the most plausible explanations of why the process of economic development began when and where it did - in north-eastern Europe a couple of centuries ago - are those which emphasize changes in norms and ideologies that legitimised systematic experimentation in the realm of technology as well as in science, and became more approving of innovation and markets. (For example, the views of Joel Mokyr and Deidre McCloskey, which I wrote about here.) Research explaining current differences in per capita incomes in different countries (including some referred to in another post ) suggests that a strong economic culture – with emphasis on interpersonal trust, respect for others, individual self-determination and individualism – is complementary to economic freedom in fostering economic development.

The relationship between economic freedom, average incomes levels and emancipative values is summarised in the chart below for 54 countries for which comparable data is available. 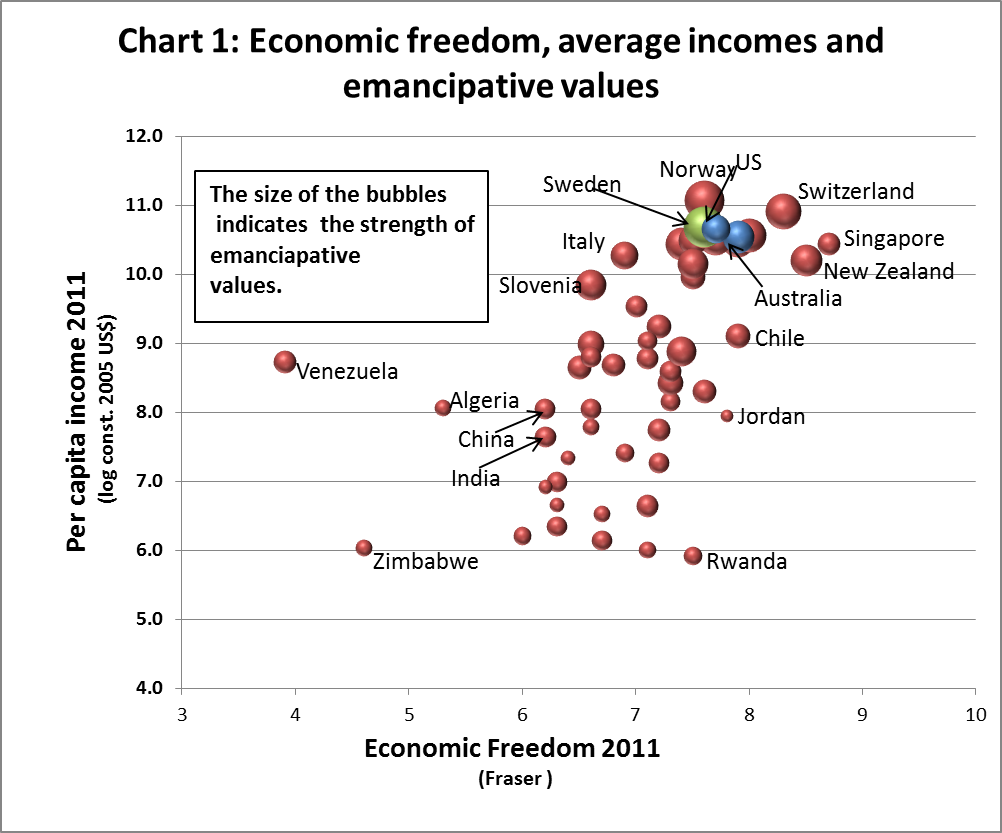 The question of whether people in wealthy countries will continue to be able to climb the emancipation ladder hinges on whether their values will remain sufficiently supportive of economic freedom. Are emancipative values developing in ways that increasingly emphasize personal freedom and individual responsibility, or are they morphing into an ‘entitlement culture’ that will threaten economic freedom and further economic development?

The main points that have emerged from my research are as follows:


The results of this research provide some grounds for optimism that wealthy countries will maintain sufficiently high levels of economic freedom to enable their citizens to continue to climb the emancipation ladder. However, as I see it, actual outcomes are likely to depend on the quality of the political institutions that have evolved in different countries.