Will we continue to allow economic development to provide better opportunities for people to have happy lives?

Some friends who have visited my blog have told me that they have had some difficulty in understanding the purpose of my recent series of posts related to emancipative values. This post is dedicated to those people. 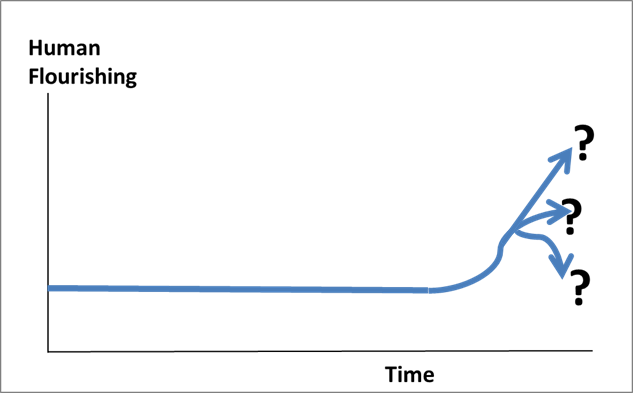 Before attempting to summarise my answer that question I need to show how economic development produced better opportunities.

My story begins a few centuries ago when it was normal for the vast majority of people in all parts of the world to be preoccupied with obtaining adequate food and shelter. The threat of famine was never far away, even though there were seasons when food was bountiful and some centuries when the pressure of population on food supplies was reduced in the aftermath of plagues.  For the most part, people lived in small communities isolated from the outside world. They often lived under the threat of being robbed by their own rulers as well as by people in neighbouring communities. It was common for people who did not share the religious beliefs of their rulers to be persecuted and to be deprived of property and even their lives. Violence was rife despite widespread religious observance.

Everyone should be aware that the process of economic development began in earnest a couple of centuries ago with the industrial revolution in north-eastern Europe. Important technological innovations had previously occurred in various parts of the world, but this was the first time that technological advances led eventually to a sustained improvement in material living standards for large numbers of people.

A range of factors help to explain why the industrial revolution occurred when and where it did, but values and beliefs that became more approving of markets, experimentation, innovation and entrepreneurship were of crucial importance. Market exchange promoted more trustworthy behaviour, which reduced the cost of doing business and encouraged innovative investment activities. The new values and beliefs favoured greater economic freedom, including by removing regulatory barriers that had been protecting traditional patterns of production from competition. Firms were free to use new technology that enabled them to produce at lower cost and they were free to sell those goods to consumers.

Over the following couple of centuries, economic development provided greater economic opportunities to vast masses of people, first in Europe and then in many other parts of the world. As people satisfied their basic material needs to a greater extent they gave higher priority to such matters as having freedom to choose what kind of work to do, where to live and who to live with, having a say in community decisions and ensuring equal rights for women and members of ethnic minorities. That is what we mean by the growth of emancipative values.

So, will economic development continue to produce better opportunities for people to live happier lives in wealthy countries? There are several aspects to this question, but the one that concerns me most is that prevailing values in high income countries might take us further towards an ‘entitlement culture’ that will threaten economic freedom and further economic development.

It is not hard to find evidence of the emergence of an entitlement culture in wealthy countries. Interest groups that might have had their origins in removal of discrimination or providing minimal opportunities to needy groups now often make a lot of noise in seeking additional entitlements for the people they represent. That tends to result in more government regulation of business, higher government spending and higher taxes i.e. a decline in economic freedom.

However, the results of my research provide some optimism that the entitlement culture can be prevented from taking over and bringing economic development to an end, along with the emancipation that has accompanied it. While economic freedom has fallen in some wealthy countries (e.g. US and Japan) it has risen in others (e.g. Sweden and Norway). There is evidence that the priority that people give to economic growth has risen in some wealthy countries in response to economic crises (e.g. Sweden) and that when this has occurred, economic freedom has tended to rise.

Most importantly, it is a mistake to think that there is some kind of battleground in society with people with high emancipative values on one side pushing for an entitlement culture and materialistic people on the other side pushing for higher economic growth. I could not find much evidence of a tendency for people with high emancipative values to give lower priority to economic growth – even after I went looking for it!

If you want more information on the  research that lies behind this post you will find relevant links in my last post.
Posted by Winton Bates at 8:00 AM