How should Bill Carmichael's transparency project be pursued now? 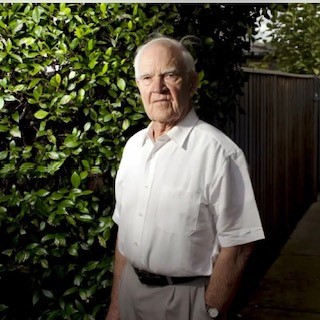 Unfortunately, few readers of this blog will know anything about Bill Carmichael or his transparency project. My main purpose here is therefore to explain who he was and why the question I have posed above is worth considering.

In my experience, most members of the APS who are working on economic policy like to claim that they are contributing to the well-being of the public at large. However, I find it difficult to accept such claims unless the people concerned can demonstrate that they are actively seeking to either undo mistakes that governments have made, or to discourage governments from making more mistakes.

Bill Carmichael made a huge contribution in helping to undo mistakes that Australian governments made over many decades in insulating much of the economy from international competition. His efforts in support of trade liberalization have helped Australians to enjoy greater benefits from trade and greater productivity growth than would otherwise have been possible.

Bill’s contribution to trade liberalization was largely behind the scenes, helping Alf Rattigan, the former chairman of the Tariff Board, to pursue his reform efforts. Rattigan argued successfully that tariff reform was required because industries that had been given high levels of government assistance to compete with imports were inherently less efficient users of resources than those requiring lower levels of assistance or none at all.

As Gary Banks’ obituary indicates, Bill played an important role in developing strategies, writing the key speeches that Alf Rattigan delivered, dealing with difficult bureaucrats, and engaging with economic journalists who were highly influential in informing politicians and the public about the costs of protection and the benefits of international competition. Bill’s contribution reached its pinnacle in the early 1970s when the Industries Assistance Commission (IAC) was established with an economy-wide mandate to ensure greater transparency to processes for provision of government assistance to all industries.

Bill eventually became chairman of the IAC. However, in my view, his most important contribution was made in helping to establish the organisation and ensure that it had access to the professional economic expertise it required to undertake research and produce quality reports.

Bill Carmichael’s interest in the transparency of trade policy did not end after he retired from the IAC in 1988. My reference to Bill’s transparency project relates specifically to the efforts he made during his retirement to bring greater transparency to trade negotiations. These efforts were made in collaboration with Greg Cutbush, Malcolm Bosworth, and other economists. The best way to describe that project is to quote some passages from an article in which Bill suggested that Australians are being misled about our trade negotiations and agreements. The article, entitled ‘Trade Policy Lessons from Australia’,  was published by East Asia Forum in 2016.

“The goal of trade policy is not limited to increasing export opportunities. Nor is it just about improving trade balances. Rather trade policy is about taking opportunities to improve the economy’s productive base. When assessing a nation’s experience with bilateral trade agreements, this is the test that should be applied.

In each bilateral agreement Australia has completed to date, projections of the potential gains for Australia, based on unimpeded access to all markets of the other country involved, were released prior to negotiations. These studies did not, and could not, project what was actually achieved in the ensuing negotiations. The quite modest outcomes for Australia from those negotiations meant the projected gains conveyed nothing about what was eventually achieved. Yet the projections were still quoted to support the agreements after they were signed, as though they reflected actual outcomes.

This approach to accounting for the outcome of trade agreements has meant that Australia has missed opportunities for productivity gains. So how, given Australia’s recent experiences, can trade policy and negotiations be better conducted in future?

Australia cannot change how it negotiated its agreements with the United States, Japan, South Korea and China. But policymakers can refine their approach to future negotiations. Australia’s trade policy should be guided by a model based on its conduct in the Uruguay Round of trade negotiations. The Uruguay Round confirmed that the domestic decisions needed to secure gains from unilateral liberalisation and those required to secure the full gains available from negotiations have converged.

The negotiations in the Uruguay Round took place at a time when former prime ministers Bob Hawke and Paul Keating were reducing Australia’s barriers to trade unilaterally. Their productivity-enhancing reforms were subsequently offered and accepted in the Uruguay negotiations as Australia’s contribution to global trade reform. Consequently, Australia secured all the gains available from trade negotiations: the major gains in productivity from reducing the barriers protecting less competitive industries, as well as securing greater access to external markets.

This was the kind of win–win outcome negotiators should seek from all trade agreements. It made a substantial contribution to the prosperity Australia has since enjoyed.  …

In future trade negotiations, the Productivity Commission — Australia’s independent policy review institution — could provide a basis for market-opening offers by conducting a public inquiry and reporting to government before negotiations get underway.”

In a subsequent paper, publicly endorsed by a group of trade economists, Bill argued:

“If we are to close the gap between trade diplomacy and economic reality, we need to respect three lessons from experience: first, a major part of our gains from trade agreements depends on what we take to the negotiating table, not what we hope to take away from it ; second, liberalising through trade negotiations cannot be pursued simply as an extension of foreign policy ; and third, … future bilateral agreements should be subject to cost-benefit analysis before ratification.”

How should Bill’s project be pursued?

I raise this question without much optimism that greater transparency of trade policy can be achieved in the short term. There is no more reason to be optimistic that the Department of Foreign Affairs and Trade will suddenly become receptive to ideas that challenge its claims about the benefits of trade agreements it has negotiated than there was to be optimistic that its predecessor, the Department of Trade and Industry, would be receptive in the 1960s to the ideas of Rattigan and Carmichael which challenged the protectionist orthodoxy of that department. Added to this, it is difficult to ignore signs that protectionist sentiment is on the rise again in Australia in the wake of the Covid 19 pandemic and fears that a further deterioration in international relations could lead to disruption of international shipping.

Nevertheless, as Bill might say, none of that should stop us from pursuing longer-term goals.  I hope that some people reading this will feel motivated to think constructively about how Bill Carmichael’s transparency project could be pursued as a longer-term exercise in institutional reform.