Does the modern world offer opportunities for people to live in harmony with nature? 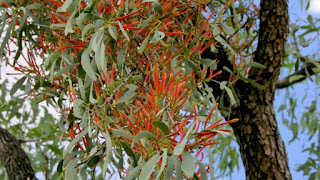 Meeting criteria
Living in harmony with nature is obviously closely linked to survival of hunter gatherers and subsistence farmers, but it might appear less important in the modern world. That is debatable, given the potential for environmental impacts of some human activities to be detrimental to human health and well-being.

It is also beside the point. Living in harmony with nature would not be a basic good if it served only as a means to a long and healthy life. Basic goods are not a means to some other good.

Similarly, the question of whether living in harmony with nature is integral to psychological well-being is beside the point. Basic goods are not components of other goods.

The nature of kinship
The kinship that flourishing humans feel toward other living things is similar to their positive relationships with other humans. In fact, people often value the lives of household pets more highly than the lives of other humans. Some research by Jack Levin et al suggests that adult victims of crime receive less empathy than do child, puppy, and full-grown dog victims. The explanation offered for adult dogs receiving more empathy than adult humans is that adult humans are viewed as capable of protecting themselves while adult dogs are regarded as dependent and vulnerable, not unlike puppies and children.

Living in harmony with household pets may not be the first example that comes to mind of living in harmony with nature. Nevertheless, the sense of kinship with some animals living in the wild seems to be similar. Steven Pinker suggests in The Better Angels of our Nature that species that are lucky enough to possess the geometry of human babies may benefit to a greater extent from our sympathetic concern than other mammals (p 580).

Environmentalists have suggested that this results in disproportionate concern for a few mammals. Nevertheless, some environmentalists make the most of every opportunity to exploit fears that cute mammals are becoming endangered species. Koalas are a prime example. There would be few Australians who do not feel sadness about the large number of koalas killed in recent bushfires in eastern Australia, but claims that the koala population is now “functionally extinct” are probably exaggerated.

Opportunities offered by the modern world
The concept of an expanding circle of empathy, developed by Peter Singer, suggests that humans are likely to continue to expand their sense of kinship to encompass more living things. Singer suggests that altruism began as a genetically based drive to protect one's family and community members, but our capacity for reasoning has enabled an expanding circle of moral concern to develop. Those concerns seem likely to result in increasing numbers of people deciding to forgo meat products, without hectoring by climate change zealots claiming that we need to do so to save the planet. In my view, rising incomes play an important role in enabling people to give practical effect to their empathy for animals, for example by being willing and able to pay to ensure more humane treatment.

In How Much is Enough, Robert and Edward Skidelsky suggest that gardening provides a practical illustration of living in harmony with nature. They suggest that a good gardener “knows and respects” the potentialities of nature:
“His relation to nature is neither vulgarly instrumental nor grimly sacrificial. It is a relation of harmony”.

Gardening offers some potential to live in harmony with nature even in an urban environment. For example, it is often possible to select ornamental trees and shrubs, and to construct water features, with a view to attracting native birds into a garden. Even vertical gardening offers some scope to live in harmony with nature. On a larger scale, the story behind the mistletoe pictured at the beginning of this article illustrates some possibilities. An experiment is being conducted in Melbourne to use mistletoe to turn common street trees with no biodiversity benefits, London plane trees, into virtual wildlife sanctuaries.

The gardening concept may also have some relevance to the preservation of natural habitat. The idea that wilderness can be preserved merely by declaring an area to be a national park is a myth. Wilderness areas have not been free of human intervention in the past and may require careful monitoring and management to maintain existing biodiversity. For example, in Australia, the traditional custodians of the land used fire to create an environment suitable for the animals they hunted and to avoid a build-up of undergrowth that could fuel destructive bush fires.

Conclusions
Living in harmony with nature is one of the basic goods of a flourishing human because humans have deep-seated intuitions about their kinship with other living things.
The sense of kinship that people feel toward some animals living in the wild is like their feelings toward household pets. Human reasoning seems likely to expand this sense of kinship to encompass more living things. Rising incomes make people more willing and able to afford more humane treatment of animals.
Living in harmony with nature is consistent with urban living both because there is potential for substantial biodiversity in urban environments and because of the potential it offers for larger areas of natural wildlife habitat to be set aside and protected from the adverse effects of human activity. Ongoing monitoring and management is necessary in those areas to maintain existing habitat that is an outcome of past human interventions.