How should researchers combine different aspects of happiness into a single measure? 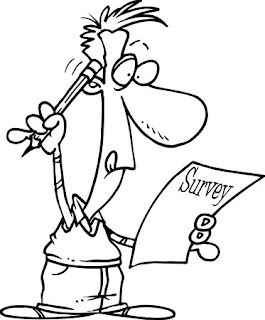 A recent paper by Gus O’Donnell and Andrew Oswald considers the question of how to combine measures of different aspects of subjective well-being into a single overall measure.

The authors focused specifically on the four aspects of well-being measured in annual surveys by the UK Office of National Statistics. These are:
All aspects are measured on an 11 point scale from 0 to 10.

The approach taken by O’Donnell and Oswald in their exploratory study implies that all aspects of happiness should be weighted according to their “social importance” as determined by the average weight given to them by citizens in opinion surveys. The specific method they employ involves asking people to allocate 100 points across the four measures. For example, if all four measures were considered to be equally important, 25% would be allocated to each measure.

This method of developing weights seems to me to be much better suited to combining well-being indicators such as those included in the OECD’s Better Life index (e.g. income, education, health, environment) than to combining survey data relating to different aspects of subjective well-being.

The authors have reported results from the use of their method of obtaining weights from four different samples: economics students, MBA students, professional economists, and a wider group of citizens chosen using web-based methods. All groups gave anxiety the lowest average weight, but apart from that there is not much common ground in the views of the different groups. The wider group of citizens gave happiness the greatest weight, but the other groups all gave life satisfaction the greatest weight. The economics and MBA students gave “doing worthwhile things” a much higher weight than happiness, but professional economists gave it about the same weight as happiness.

It seems to me that a better way to proceed would be to attempt to estimate the well-being of individuals by using weighting systems that individuals consider to be relevant to their own lives. There are potentially several ways to do that.

First, there is the approach adopted by Daniel Benjamin et al in their paper, “Beyond Happiness and Satisfaction”, discussed on this blog, in which people were asked to choose between hypothetical situations using different measures of happiness and a range of different ratings.

The third approach is to simply ask survey respondents to allocate 100 points across the four measures according to the weight that they consider should give to the different measures in assessing changes over time in their own personal well-being. That approach has the virtue of being simple and directly related to estimation of relevant weights.

In order to obtain an accurate overall impression of subjective well-being at a national level it is important to know to what extent the weights that individuals consider to be relevant to assessment of their own personal well-being vary according to the circumstances of their lives.