Do international comparisons show that people in countries with low average life satisfaction tend to have a high incidence of negative emotion? 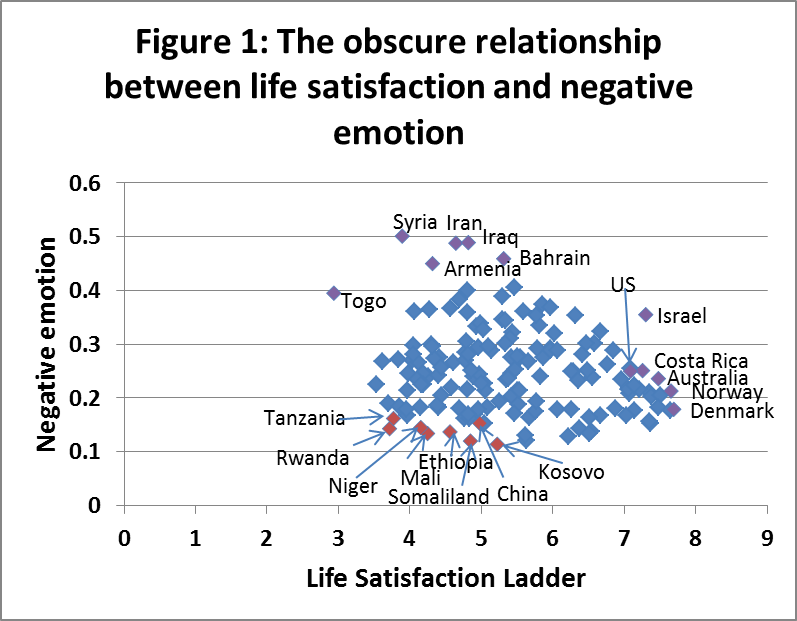 Figure 2 shows the expected relationship after controlling for a range of socio-economic and cultural factors. This involved adjusting the data on incidence of negative emotion using the results of a regression analysis. The adjusted data are estimates of what the incidence of negative emotion might have been in the absence of variation in the socio-economic and cultural factors (i.e. with the socio-economic variables equal to the average over all countries and European/American culture). 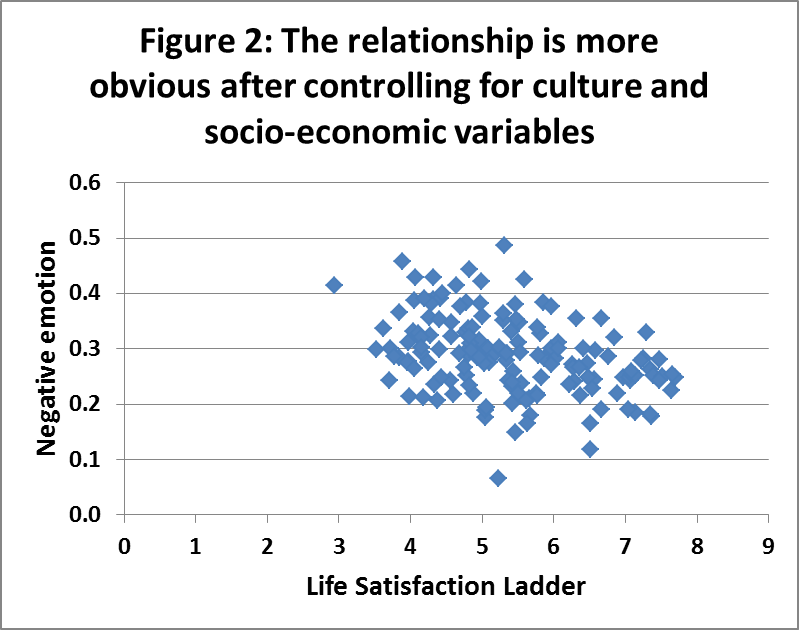 The socio-economic variables included in the regression were per capita GDP, social support (relatives and friends to count on), freedom (proportion satisfied with freedom to choose what they do) and corruption (proportion saying corruption is widespread in business or government). The estimated coefficients for those variables were all significantly different from zero, with a negative estimated coefficient on income. It isn’t surprising that high average incomes could be associated with a high incidence of negative emotion if not accompanied by high average life satisfaction and social support.

One of the most interesting findings of the regression analysis reported above is that the coefficient for Latin America was not significantly different from zero. This is in contrast to the findings of studies relating to positive emotion (including those reported on this blog here and here) which suggests that Latin American culture has a strong positive impact. It seems that the positivity of Latin Americans does not translate to a lower incidence of negative emotion in that part of the world.
Posted by Winton Bates at 7:00 AM