What is to be gained by listening to opposing viewpoints? 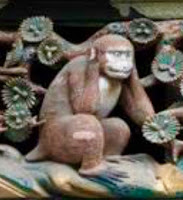 It is comforting to listen to people espouse views like our own. Perhaps it makes us feel that our views are being validated.


A more deep-seated reason for feeling challenged arises when we identify strongly with views that are being attacked. We may even feel offended. That has traditionally been seen to be likely when views on politics, religion and sex are being criticized. Ethnicity and culture should be added to that list. People also tend to be highly offended if anyone casts aspersions on the sporting teams they support.


However, taking offence is optional. Many Collingwood supporters, and many people of Irish and Scottish descent even seem to be able to see the humour in some of the jokes made at their expense.


From my childhood memories, in the farming community in which our family lived in the 1950s, there seemed to be greater willingness to listen to opposing political viewpoints than exists anywhere today. There seemed to be widespread acceptance that you need to listen to opposing political viewpoints if you want to argue against them effectively. People steered clear of discussion of religious differences and if anyone had views about sex and marriage that were at variance with conventional morality they didn’t discuss them openly.


The civility of the participants is obviously an important determinant of the amount of heat generated when contentious political issues are discussed. From my own experience, and limited discussions with others, I have the impression that in the 1950s people were generally more intent than they are now on maintaining civility when participating in political discussions. It seemed common for discussions to end in a meeting of minds on some points and respectful disagreement on others. Occasionally, when one of the main participants was intent on giving offence, discussions would end in an exchange of insults, or worse.


Have people become more open to listening to opposing views on other contentious issues since the 1950s?  A few years ago, I would have argued that the shibboleths had diminished as the major religions had become more tolerant of each other and a revolution in attitudes had caused many people to moderate their views of sexual morality.


It now seems that the old shibboleths have been replaced as new issues have become politicised. When issues become politicised it now seems to be much more common for people to parrot the views of the leaders of their political tribe and to refuse to consider opposing viewpoints. The art of listening seems to be disappearing from the public realm.


Steven Pinker has an interesting discussion of the politicization of issues in his recent book, Enlightenment Now: The case for reason, science, humanism and progress. He refers to research by the Dan Kahan, a legal scholar, who argues that bitter public disputes over science are now “the exception rather than the rule”. The exception arises when certain beliefs become symbols of cultural allegiance. To help make this point Kahan refers to recent U.S. history regarding vaccines for Hepatitis B and the HPV virus (a major cause of cervical cancer). Both vaccines prevent sexually transmitted diseases. Hep B vaccination has apparently been accepted without much opposition, but HPV vaccination has become a political firestorm because of fears that it would encourage teenage promiscuity. Kahan suggests that the difference stems from the way the two vaccines were introduced.  Hep B vaccination was treated as a routine public health matter, but the manufacturers of the HPV vaccine lobbied state legislatures to make vaccination of adolescent girls mandatory. Kahan’s view is supported by Australian experience of a voluntary HPV vaccination program being introduced successfully without the issue becoming politicised.


Issues often become politicized when they are taken up by political leaders. For example, it seems likely that by politicising the global warming debate, Al Gore’s documentary An Inconvenient Truth made it more difficult for conservatives to acknowledge the merits of any proposed policy action on climate change.


The media also plays a role in politicising issues by converting disagreement on public policy into a spectator sport.  In my view Australia’s public broadcaster, the ABC, is a major offender. The ABC’s charter requires it to inform and entertain, but unfortunately does not require it to encourage the reasoned debate and respectful disagreement necessary for liberal democracy to function effectively. In particular, the Q&A program seems to me to be designed to politicize policy debate. It entertains viewers by providing a forum for activist and conservative tribes to clash on totemic issues. Although some panellists and audience participants do their best to engage in reasoned debate, it would be difficult for any viewers to obtain a better understanding of alternative viewpoints from this program.


How can we have a useful exchange of views on issues that have become politicised? In a recent article on this blog I suggested that people who approach issues from different ideological perspectives would be able to have more useful policy discussions if they could turn their attention to what they can learn from the actual experiences of people in different institutional and policy settings. That is rarely straight forward, of course, because interpretation of experience is not immune to ideological bias. But it is still good advice!


It can also be useful to ask people to explain views you disagree with, rather than asserting that they are talking nonsense. Steven Pinker notes that when people are asked to explain an opinion they often realize that they don’t know what they are talking about and become more open to counter-arguments. That is more likely to occur when they are aware that someone is listening intently to the answer they are giving.


This view is consistent with Leah Goldrick’s conclusion in a recent article about the know-it-all syndrome. On her blog, Common Sense Ethics, Leah writes:


“Thinking is fundamentally driven by questions, not answers. This is why doubt, not certainty, is so important. Doubt is the starting place that leads us to question the assumptions that have lead us to a particular conclusion, and doubt is what drives us to learn more if we will humble ourselves enough to consider that we may be wrong. Constant learning, from a place of humble confidence, rather than a place of arrogance, is the antidote to know-it-all syndrome”.


You are more likely to have useful exchanges of view if you “assume that the person you are listening to might know something you don’t”. That is one of the rules that Jordan Peterson lists in his recent book, 12 Rules for Life (recently reviewed on this blog). Peterson suggests that we remain threatened by disease, self-deception, unhappiness and many other causes of suffering because we are too ignorant to protect ourselves. There is always potential for us to improve our own lives if we respect the personal experience of our conversational partners.


Some of my readers may be wondering whether there is any organisation they could joint to help cultivate a listening culture and improved communication in the community in which they live. A few weeks ago, the realisation dawned on me that for the past 16 years I have been a member of an organisation whose founder believed that “in bringing improvement in the way of better thinking, better listening, better speaking to individuals we are contributing to the improvement of the society which is made up of these individuals”. The quote is from an article by Ralph Smedley, founder of Toastmasters International, which appeared in the February 1958 issue of The Toastmaster. (The article, entitled, ‘The Toastmasters Club … Its Meaning and Values’, has been reproduced in Personally Speaking: Selections from the Writings of Dr Ralph C Smedley.)


The mission of Toastmasters is to develop communication and leadership skills of individual members so that they can achieve greater self-confidence and personal growth. The benefits that can bring to the lives of individual members are obvious but, as Ralph Smedley maintained, members of Toastmasters - now numbering more than 352,00 – also have an opportunity to contribute to “the building of a better society made up of individuals who must act in groups”.
Posted by Winton Bates at 10:22 AM

I’ve been familiar with Kahan’s work for some time. Together with work by Jonathan Haidt on moral foundations, my rational view of things has taken a bit of a hit. If reason is the slave of the passions and the smartest people are best at motivated reasoning, then what hope have we got?

Pinker offers some ideas forward - so while that is good to see, I was less convinced by this part of the book.

Another idea - also not that satisfying - was offered up by Cass Sunstein on EconTalk last year. Sunstein mentioned an app called Read Across the Aisle, which is designed to allow you to monitor the political valence of what you see on the internet. (See http://www.econtalk.org/archives/2017/05/cass_sunstein_o.html). Sunstein also suggests that people could benefit from there being “Opposing Viewpoints” or “Serendipity” buttons. This all seems a bit weak. And it seems to be a soft version of what are now seeing with Google and Facebook pre-empting government regulation with offering fact checking (that still manages to skew left).

Engaging with different opinions is really hard work that takes a lot of cognitive effort, so it is an uphill battle.

Hi Stephen
Thanks for your comments.
I enjoyed Pinker’s book and will write about it next. I have to think about it more, but It seems to me that some pessimism about current trends in liberal democracy is warranted if we are to avert economic catastrophe and the subsequent need for traumatic adjustments.

I have just listened to the Roberts interview of Sunstein. It was interesting to hear Sunstein being pushed on how far he would go on regulation of Twitter and Facebook. I think I should put his book on my reading list because he may have a useful framework to think about the issues.

Great post! Thank also you for quoting from my writing!

"It now seems to be much more common for people to parrot the views of the leaders of their political tribe and to refuse to consider opposing viewpoints." - I agree with this and I've been planning to write a more in depth post about it actually.

Thanks Leah. I quoted the passage from you because I think it makes the point very well.