What kind of being are you? 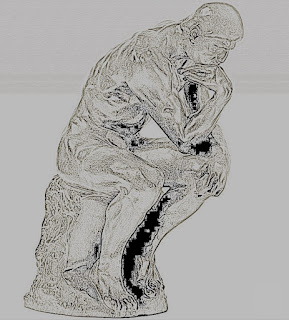 Self-reflection tells you that you are a conscious being that is aware of its own existence in the real world. You are aware of having a mind and a body. Since you are a thinking being, you have probably worked out that you exist even when you are not conscious. You have probably also noticed that even people who claim to believe that the physical world is an illusion tend to behave as though they believe it is real. For example, you see them walking through doors rather than walking through walls.

Does the existence of your body indicate that you are an entity. If I could see you, I would affirm that you look like a being that has a distinct and independent existence – that is, an entity.

However, if you are an entity, how can you be both the observer and the object that you are observing? Could you be two entities? I don’t think so. The observer, who is you, does not exist independently of the object who is observed, who is also you.

Richard Campbell suggests a way out of this dilemma in his book, The Metaphysics of Emergence. Drop the assumption that you are a fixed, given entity. The alternative he suggests is to perceive yourself as a complex process system. That enables you to perceive of radical reflexivity as a process. He writes:

“If the assumption that there is a fixed, given entity called ‘the self’ …  is rejected, the way is open to understand consciousness as a flow: a complex, emergent and interactive process which is radically reflexive”.

As I discussed in a previous article about Campbell’s book, our observations of the world tell us that many other animals are also aware of their surroundings. We have no problem in understanding that their awareness emerged or evolved to help them to survive and reproduce. Our human consciousness is just another step in that evolutionary process. Radical reflexivity - awareness of our own awareness - has emerged to help us to flourish as individuals in the cultures in which we live.

Campbell suggests that the flow of consciousness is analogous to a river maintaining its identity as it flows though different places. Your understanding of who you are is informed by the flow of your consciousness through time. In other words, your sense of identity is informed by your autobiographical memories. Campbell explains that this sense of identity also involves an element of projection into the future:

“I am a complex process system continually projecting myself out of my past into my future, my sense of myself necessarily involves my ‘has been’ and my ‘not yet’.”

As you think about your “not yet”, you might imagine a future that is different than your past. That might be just wishful thinking, or you might be considering what options are available to achieve a vision that you have for your own future.

You are a being that is consciously aware of its own existence in the real world. You may think of yourself as an entity – a being that has a distinct and independent existence. However, that perception is at odds with the fact that you can observe yourself thinking. A single entity cannot be both an observer and the object of observation. It makes more sense to view yourself as a complex process system.