How can we comprehend the emergence of consciousness? 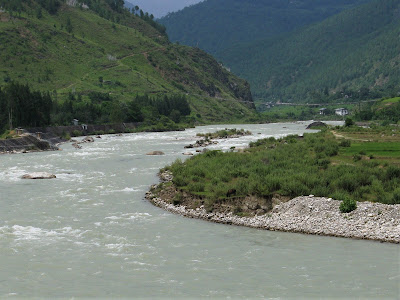 It seems common for consciousness to be viewed either as an inexplicable mystery or as something we will only be able to comprehend if advances in science can explain how thoughts – a rich inner life - can somehow be created from matter. However, the problems we have in comprehending the emergence of consciousness may stem from our habit of thinking in terms of a separation between mind and body.

The idea of mind as separate from body has been part of Western philosophy for a long time, but is commonly referred to as Cartesian dualism after René Descartes (1596–1650). Descartes who famously said, “I think, therefore I am”, concluded “I knew that I was a substance, the whole essence or nature of which is to think … [that] does not depend on any material thing”. These days, not many people believe consciousness to be a substance, but dualism still seems to linger on in much discussion about consciousness.

“If I seriously think that I am not thinking, what I am thinking is pragmatically self-refuting.” (283)

Descartes error arose when he asked himself, “What then am I?” after observing that he could not doubt he was thinking. As Campbell points out, that question “presupposes that he takes himself to be some sort of thing”.

(Campbell’s discussion reminds me of the part of the long speech Ayn Rand had John Galt make in Atlas Shrugged in which Galt proclaims the axiom that “existence exists”, and that consciousness is “the faculty of perceiving that which exists”. Galt adds “a consciousness with nothing to be conscious of is a contradiction in terms” (1015). Readers who are allergic to Ayn Rand will be pleased to note that Campbell’s book contains no references to her, or to Objectivism.)

Before going further I should note that Richard Campbell is an emeritus professor of philosophy at the ANU. The Metaphysics of Emergence was published in 2015.

Campbell asks what conclusion we can draw from the observation that we cannot doubt we are thinking. His answer:

“Thinking that one is thinking, being aware that one is aware, has to be at least a meta-level operation, interacting with the processes of more basic awareness.”

To understand what Campbell is getting at here, it may be helpful to have some knowledge of the general line of argument he develops in his book.

Some further explanation can now be given of what Campbell meant by writing that being aware that one is aware has to be at least a meta-level operation, interacting with the processes of more basic awareness. He is suggesting that when he detects something with one of his five senses there is more than one operation going on:

“I am actively eliciting and processing those sensory inputs, and at the same time reflectively experiencing the qualities of that awareness. If that is right, then the way many philosophers today pose the issue of experience – how is it that certain complex physical systems are also mental – is misconceived. The situation is not that there is one phenomenon which has two aspects: one physical; one mental. Rather, experiencing is an on-going self-organizing activity which involves two distinct types of process: exploratory sensory activity (which is both bodily and neural); and another higher-level process operating upon the former. Being self-organizing, these interactions essentially involve feedback. That is why humans’ consciousness is reflective, reflexive, and thereby self-aware.” (283-4)

Before concluding, I should make clear that I prepared the above summary to improve my own understanding of the line of argument in Richard Campbell’s book. I hope it is a reasonable summary, but it not a substitute for reading the book. I am publishing this article in the hope of encouraging others to read the book.

I would also like to mention that I was prompted to read The Metaphysics of Emergence by a comment made by Robert L Campbell, a psychologist, in his review (published in JARS) of Harry Binswanger’s book, How We Know. I am pleased that I was given that prompt to read the book because I have a long-standing interest in explanations of consciousness - for example, see my comments on Alva Noё’s book, Out of Our Heads, published on this blog over a decade ago.

We cannot doubt that we think. That seems to me to be a profound observation. We may have reasons to doubt that what we are thinking at any moment is related to reality, but we cannot doubt that we are thinking. We are aware of both the flow of inner experiences – thoughts and feelings – and of our experience of the world in which we live. Thinking about our experience of the world enables us to contemplate the goals we seek, to make choices in pursuit of those goals, and to learn from experience. Our observations of the world tell us that many other animals also engage in similar processes - which imply an awareness of their surroundings. We have no problem in understanding that their awareness emerged/evolved to help them to survive and reproduce. Our human consciousness is just another step in that evolutionary process. Awareness of our own awareness has emerged to help us to flourish as individuals in the cultures in which we live.