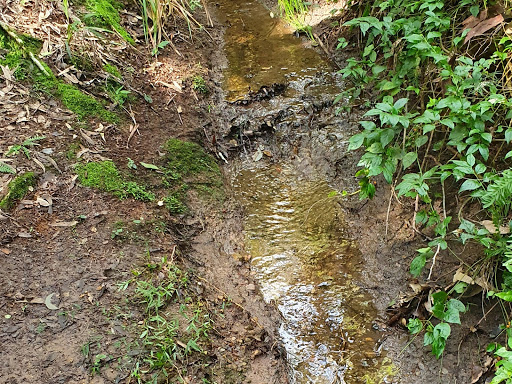 The question arises from a Lao Tzu quote that I recently stumbled across:

“A person of great virtue is like the flowing water”, Tao Te Ching, Chapter 8.

The passage appeals to me because it seems to accord with my casual observation that good behaviour seems effortless for some people. That may link to Mihaly Csikszentmihalyi's theory of the flow experience where people in high challenge situations are so deeply involved in what they are doing that nothing else seems to matter. The good people I have in mind would not give much thought to judgements that others might make about their behaviour.

I will return to Mihaly Csikszentmihalyi's theory later, but first I want to look for clues about the intuitions that Lao Tzu was hoping to convey. To view the quote in context, I have chosen a translation by Red Pine (Bill Porter) who also provides readers with commentary of sages and other translators. Chapter 8 reads:

bringing help to all

choosing what others avoid

they thus approach the Tao

and moving with time

and because they don’t compete they aren’t maligned.”

There is no explicit mention of “flow” in that translation or in the associated commentary, but it still seems consistent with the imagery of flowing water.

In his commentary, Chuck Gullion, the Libertarian Taoist, sums it up:

“It all boils down to being content to simply be yourself. We expend way too much effort comparing and competing with others. Lao Tzu is wanting to show us a better Way. Be like water!”

Red Pine notes that some translators have difficulty in accepting that kindness is the correct word in the line “helping with kindness”, because of Lao Tzu’s professed “disdain for the social virtues”. In An Introduction to Daoist Philosophy (previously discussed here)  Steve Coutinho explains that Lao Tze opposes cultivation of the ethical virtues (including humanity and rightness) on the grounds that cultivation converts the virtues into objects of desire, thus becoming an obstacle to flourishing. Paradoxically, much of the Tao Te Ching presupposes “recognizably ethical values” (pp 64-5).

In Csikszentmihalyi's view, the flow experience requires cultivation. He suggests that the normal condition of the mind is one of informational disorder, with conflicting desires, intentions and thoughts jostling each other in consciousness. Innate talents cannot develop unless a person learns to control attention to get the heart will and mind on the same page. Flow tends to occur when a person faces a clear set of goals that require appropriate responses.

Csikszentmihalyi’s perception of good is activity leading to the increase of complexity and order, while evil is analogous to entropy:

“Good is the creative overcoming of inertia, the energy that leads to the evolution of human consciousness. To act in terms of new principles of organization is always more difficult, and requires more effort and energy. The ability to do so is what has been known as virtue” (Loc 2031/2382).

The idea of evolution toward greater complexity has intellectual appeal, but “creative overcoming” seems far removed from the idea that goodness is like flowing water. Csikszentmihalyi may even be seeking to distance his view of flow from that imagery, because he suggests that the evil which causes pain and suffering usually involves “taking the course of least resistance”, for example acting “in terms of instinct alone”.

Would acceptance of the imagery of goodness as being like flowing water be likely to tempt people to view instinctive “red in tooth and claw” aspects of nature as providing reason to accept that “might is right” in human conduct?

To answer that question, it is helpful to consider the view of Zhuangzi, a Daoist philosopher who followed Lao Tzu. Zhuangzi observed that there must be genuine humanity before there can be genuine understanding of the relationship between what is human and what is natural. Coutinho notes:

“According to Zhuangzi, there is something salvageable about our humanity: it is not pure artifice. There is a central core of genuineness that is natural. When we nurture this genuine humanity, we reconnect with the natural world, become more distanced from the everyday hopes, fears, and anxieties that plague us, and are more tranquil and accepting of all our circumstances” (p 112).

As I see it, cultural evolution has left us with intuitions that it is good to be the kind of person who manages his or her own life wisely in ways that respect the natural rights of others. We greatly admire those who bring out the best in the people they interact with most closely. Our language reflects an understanding that humane conduct is ethical. Cruelty is often described as inhuman. We have come to perceive voluntary cooperation for mutual benefit as good, and predation as bad. It should be easy for us to understand that a spontaneous order evolving from the actions of free individuals is the most natural form of human society.

In that context, the imagery of a good person being like flowing water may help people to understand that ethical conduct is integral to their human nature. That kind of imagery might help people to set goals that are consistent with their values and to stay on course toward acquiring better habits, perhaps ultimately reaching the point where goodness becomes effortless.

Good behavior is not effortless for me! I wish it were.

Nor me, but easier now than when I thought “the flesh warreth against the spirit”.