Where did Adam Smith's 'system of natural liberty' come from? 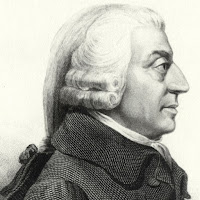 In Wealth of Nations, Adam Smith (1723 -1790) famously wrote that when all systems of government
preferment or restraint for particular “species of industry” are removed, “the obvious and simple system of natural liberty establishes itself of its own accord”.

He went on to explain what this system of natural liberty entails:
‘Every man, as long as he does not violate the laws of justice, is left perfectly free to pursue his own interest in his own way, and to bring forth both his industry and capital into competition with those of any other man, or order of men. The sovereign is completely discharged from a duty [for which] no human wisdom or knowledge could ever be sufficient; the duty of superintending the industry of private people, and of directing it towards the employments most suitable to the interest of the society’. (WN, IV.ix.51).

Smith’s use of the value-laden term, ‘natural liberty’, seems to have been intended to convey that it is good for everyone to be free to pursue their individual interests, even in the absence of more tangible mutual benefits. That ethical connotation is even stronger in other passages in Wealth of Nations (WN) where Smith refers to violations of natural liberty as unjust.

Jerry Muller suggests that “the display” of the ‘system of natural liberty’ contributes to the great persuasive power of the WN, but might “lead many readers to overlook the complexity of Smith’s conception of the moral life and to conclude that liberty, in itself, was always a good thing” (The Mind and the Market, 2002, p 83).

In my view, it is likely that Smith would have been pleased to have readers accept his vision of natural liberty and limited government as unambiguously good. I think he would have wanted people to recognise that it was an unjust infringement of natural liberty for the powers of government to be used to assist some economic groups at the expense of others.

Nevertheless, as Nicholas Phillipson highlights in his biography, Smith’s political prescriptions for market liberalisation were pragmatic. He recognised the need for a gradual approach to the removal of obstructions to avoid provoking dangerous opposition from opposing interests (Adam Smith, An enlightened life, 2010, p 230-31).

The authors of the introduction to the 1976 edition of The Theory of Moral Sentiments suggest that Smith’s reference to “the obvious and simple system of natural liberty” in WN reflects the influence on him of the Stoic concept of natural harmony. (The editors D. D. Raphael and A. L. Macfie acknowledge help from Walter Eckstein in writing the introduction.) 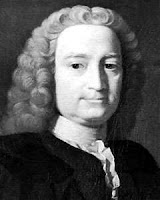 Smith’s reference to natural liberty could also reflect the influence of more recent philosophers, including Francis Hutcheson (1694 – 1746), who taught Smith moral philosophy at Glasgow university. Hutcheson’s philosophical interests included the nature of virtue, the meaning of sociability and natural rights. His teaching and writings were deeply respected in radical Whig circles in Britain and the American colonies.

Smith’s ideal of everyone being free to pursue their own interests in their own way seems to echo Hutcheson’s explanation of the right to natural liberty in terms of pursuit of happiness:
“As nature has implanted in each man a desire of his own happiness, and many tender affections toward others in some nearer relations of life, and granted to each one some understanding and active powers, with a natural impulse to exercise them for the purposes of these natural affections; 'tis plain each one has a natural right to exert his powers, according to his own judgment and inclination, for these purposes, in all such industry, labour, or amusements, as are not hurtful to others in their persons or goods, while no more public interest necessarily requires his labours, or requires that his actions should be under the direction of others. This right we call natural liberty.”

Smith and his followers would want to redraft that a little to define the meaning of what is hurtful to others in terms of fair play, or respect for their rights. There is also the question of how to define the “public interest” that apparently has priority over private interests.

Hutchison goes on to assert:
“Every man has a sense of this right, and a sense of the evil of cruelty in interrupting this joyful liberty of others, without necessity for some more general good. Those who judge well about their own innocent interests will use their liberty virtuously and honourably; such as have less wisdom will employ it in meaner pursuits, and perhaps in what may be justly censured as vicious.”

Smith doubted that everyone is born with such moral instincts. He argued that individuals gained the perspective of an impartial spectator to judge their own actions via a socialisation process.

Hutcheson argues that people resent infringements of liberty:
“the sense of natural liberty is so strong, and the loss of it so deeply resented by human nature, that it would generally create more misery to deprive men of it because of their imprudence, than what is to be feared from their imprudent use of it."

Hutcheson doesn’t see any problem with persuasion:
“Let men instruct, teach, and convince their fellows as far as they can about the proper use of their natural powers, or persuade them to submit voluntarily to some wise plans of civil power where their important interests shall be secured.”

Francis Hutcheson sums up:
“This right of natural liberty is not only suggested by the selfish parts of our constitution, but by many generous affections, and by our moral sense, which represents our own voluntary actions as the grand dignity and perfection of our nature.”

(The quoted passages by Francis Hutcheson are from A System of Moral Philosophy, published posthumously in 1755, pp 293-5.)