How should voluntary organisations make decisions? 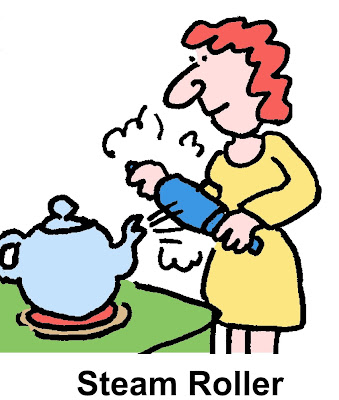 Should voluntary organisations make decisions by seeking consensus or by majority rule?

In my experience, the usual practice is for members to seek consensus before putting issues to a vote. Formal meeting procedure is normally used to record decisions and meet legal requirements. The steam roller of majority decision-making is available where consensus is not possible but that way of making decisions is usually considered to be a last resort option.

Why is that so? Formal meeting procedure is part of our democratic heritage, so why should we reluctant to use it to make decisions in voluntary organisations? I see two reasons - potential divisiveness, and the potential for members to vote with their feet.

The potential for divisiveness is obvious to anyone who observes parliamentary debates. When people take sides on issues, they seek to demolish the views of their opponents and, in the process, implicitly (or explicitly) cast aspersions on their reasoning abilities. That is not conducive to the mutual respect among members that is required for voluntary organisations to function effectively.

The potential for members to vote with their feet is inherent in the nature of voluntary organisations. If individual members feel that insufficient efforts are being made to accommodate differing interests and views of members, they are free to leave.

These issues must be arising in many voluntary organisations all over the world as groups decide whether to conduct meetings online or in-person during the Omicron wave of COVID19.

Some groups are asking members whether they support a specific proposition (to meet online on in-person). That is equivalent to putting the matter to the vote straight away. People who have no strong preference will agree to either proposition, depending on which one is put to them. Those who have a strong preference opposed to the proposition that is put to members have a good reason to feel that they are being steamrolled.

The alternative I favour is to survey members to ask whether they are willing to attend meetings that are held online, in-person, or both forms of meeting. If a substantial proportion of the membership is willing to attend both forms of meeting, that opens up the possibility for compromises to be made to reach consensus. For example, one way forward would be for some meetings to be held online and some meetings to be held in-person.