Have we got the balance right between freedom and protecting the vulnerable? 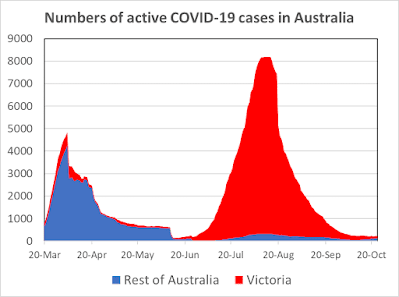 It is appropriate to be thinking seriously about the question posed above during the COVID-19 pandemic.

The extent to which it is appropriate for personal freedom to be sacrificed to protect the vulnerable depends on context. The consequences of viewing either freedom or protecting the vulnerable to have priority depend on the prevalence of the virus in different communities and on the means available to protect vulnerable people who are unable to self-isolate. Personal values are also involved; the responses suggested by public health officials are not always in harmony with the values of ordinary people.

Some people see no trade-off between freedom and protecting the vulnerable. At one end of the spectrum, one group in that category considers that personal freedom always trumps all other considerations, irrespective of context. At the other end of the spectrum, a different group argues that eliminating the virus trumps all other considerations – they suggest that we cannot protect the vulnerable or enjoy much freedom unless we eliminate the virus.

My response to those who argue that personal freedom always trumps all other considerations is that they should consider Friedrich Hayek’s observation that the norms of just conduct that evolved to protect the private domains of individuals (life, liberty and property) tend to change somewhat depending on context. There may be good reasons for the private domains of individuals to be defined differently during the extraordinary circumstances of a war or famine. Similarly, behaviour that is appropriately held to be wholly in the private domain of individuals can become problematic during a pandemic. For example, it is appropriate for norms regarding physical distancing to have changed to reduce infection risks for vulnerable people.

My response to those who claim that elimination of the virus should trump all other considerations is to point to the futility of attempting to achieve that objective. Outbreaks have continued to occur even in isolated communities where there have been no known active cases for months (e.g. New Zealand). It is unlikely that the virus will ever be eliminated, even if an effective vaccine becomes widely available. An ongoing suppression strategy inevitably requires ongoing restrictions on personal freedom, so trade-offs are inevitable.

There seems to have been a general tendency to use a combination of focused and general measures in most parts of the world. That may make sense in communities where the number of active cases of infection is rising rapidly, but involves excessive restriction of freedom where the number of cases in low and relatively stable.

Back in March, I argued that a period of lock-down was warranted in Australia to buy time to help cope with an expected influx of hospital patients, and to put testing arrangements in place to enable infectious people to be quarantined. That was a common view at the time, and similar reasoning was used by federal and state governments to justify lock-downs. The lock-downs were introduced following large scale voluntary self-isolation and shut-downs of businesses whose customers were staying home.

However, the strategy had unintended consequences. The combination of self-isolation, shut-downs and lock-downs worked so well to suppress virus transmission that some state governments shifted the goal posts. They closed state borders in an apparent attempt to eliminate the virus within their states.

Subsequently, the government of Victoria responded to a second-wave virus outbreak by adopting an obsessive suppression strategy to reduce transmission rates. A severe lock-down was introduced, placing the residents of Melbourne in virtual home detention for several months.

There is little doubt that the Victorian lock-down reduced transmission rates to a greater extent than would otherwise have occurred, but the burden imposed on Victorians seems to have been excessive. A more focused approach could have protected the vulnerable with less loss of freedom to the rest of the Melbourne community.

Perhaps the severe approach adopted will enable Victorians to travel interstate sooner than would otherwise be possible. However, like people in New South Wales, they still have little chance of visiting Western Australia over the next few months, and would be wise to exercise extreme care in making plans to travel to Queensland.

The federal government’s provision of additional assistance to unemployed people and businesses reduced the human misery that would otherwise have accompanied the restrictions on personal freedom imposed by state governments. As noted earlier, those restrictions include closure of state borders, which has been detrimental to tourism. It seems unlikely that such stringent measures would have been introduced if the state governments had to fund associated additional welfare payments from their own coffers.

The objective of governments in Australia – federal and state - now seems to be to get to “COVID-Normal”. That involves ongoing restrictions on large gatherings, distancing rules, sign-in rules for pubs and restaurants, and constant hectoring by politicians and public health officials about the need for vigilance. There are plans to reduce some restrictions on interstate travel, and there is talk of allowing international travel to and from a few countries with similarly low infection rates. However, a return to normal international travel to and from Australia looks to be a long way away.

Getting to COVID-Normal, means that Australians will be continuing to live in La La Land. For the next few months, we will congratulate ourselves about the amount of personal freedom that we enjoy relative to people in the United States and Europe, where infection rates are much higher. However, I doubt that there will be as much self-congratulation in 12 month time.

At some stage Australians will need to think seriously about how we can make the transition from COVID-Normal to living in the real world. What could be done to enable that to happen within the next 12 months?

There are grounds to hope that an effective vaccine will begin to become available within a few months, but under current government policies that seems unlikely to enable life to return to normal within a reasonable time frame. An effective vaccine could enable those most vulnerable to the virus to be protected early next year, and hence may offer potential for life to get back to normal without much delay. However, effective protection of the most vulnerable seems unlikely to be sufficient to persuade state government health departments to let go of their single-minded suppression strategies. Given the climate of fear state health officials have helped to generate, consideration of personal career interests (ass protection) will continue to make them more concerned about potential COVID-19 outbreaks than about other factors affecting the health and wellbeing of citizens. For similar reasons, State premiers can be expected to continue to hide behind the advice of public health officials, rather than to make balanced decisions to protect livelihoods as well as lives.

It seems to me that Australians should be giving serious consideration to the approach advocated in the Great Barrington Declaration (GBD) of a group of infectious disease epidemiologists and public health scientists. The GBD advocates focused protection of those most vulnerable, whilst allowing the rest of the community to live their lives normally and to build up immunity through natural infection.

The GBD approach offers the best hope we have of life returning to normal in a reasonable time frame. If we do not get an effective vaccine or treatment, natural immunity offers the only hope that life can ever return to normal. If an effective vaccine or treatment becomes available over the next few months, that will remove most of the risks associated with the GBD approach. As I see it, there is no good reason why life in Australia should not return to normal very soon after vulnerable people have been offered the protection of a vaccine.