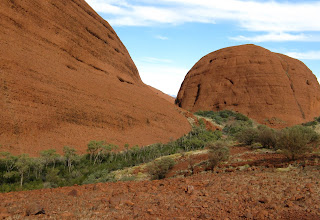 Two philosophers, John and Robert, were travelling in a lawless country when they were attacked by two bandits. In the initial exchange of gunfire, Robert and one of the bandits were killed. The other bandit had John in his sights, and John thought he was about to be shot.

John shouted: “Please don’t kill me. That would be a violation of my natural rights”. The bandit laughed. “I don’t believe in natural rights”, he said. “Around here, I decide who has rights, and you don’t have any.”

The bandit moved closer, so John didn’t need to shout his response: “The government of the country I come from also takes the view that there are no natural rights. It claims that it has the authority to decide who has rights and what rights they have. It is wrong and so are you”.

The bandit asked John to explain what was wrong with claiming that rights are determined by the people with power. John replied: “By engaging in dialogue with me about rights, you are implicitly recognizing my natural right to self-direction. If I didn’t have that right, I would not have been able to consider your argument and to reject it”.

The bandit laughed again, before asking: “Where did you get that idea from?”. John explained that the idea had come from Hans-Hermann Hoppe.[i]

While John was explaining Hoppe’s idea, the bandit became distracted by a wasp hovering around his face. John took advantage of the situation to pull out a small handgun that he had concealed in his clothing and to point it at the bandit.

With the tables now turned, John said: “Give me good reasons why I shouldn’t shoot you”. The bandit pleaded that he didn’t deserve to be killed because that would be disproportionate punishment. He explained that he was not responsible for killing Robert and said that he didn’t intend to kill John.

The bandit claimed that he did now believe in natural rights. John was not sure that he was being truthful, but had already decided to spare his life. John decided that, under the circumstances, it would be enough punishment to lecture the bandit at length about the principle of estoppel, that Stephan Kinsella has applied to natural rights dialogue.[ii]

A couple of days later, John was discussing the incident with Peter, another philosopher friend, whom he knew had often claimed to be a natural rights skeptic. After John had related his story, he added the thought: “I am now having regrets that I didn’t shoot that bandit when I had the chance”. Peter responded: “No, you did the right thing! Killing him would have been disproportionate punishment”.

John saw an opportunity to make an important point: “Peter, do you realize that by acknowledging that there is such a thing as disproportionate punishment you have implicitly recognised the existence of natural rights?” John then gave Peter a reference to Stephan Kinsella’s discussion of rights scepticism.[iii]

I leave it for you, dear reader, to decide how this story might end. I would like to think that the bandit and Peter have both now stopped claiming that they don’t believe in natural rights.
[i] Hoppe, Hans-Hermann, 1989, A Theory of Socialism and Capitalism: Economics, Politics, and Ethics.
[ii] Kinsella, Stephan, 2019, ‘Dialogical Arguments for Libertarian Rights’, The Dialectics of Liberty: Exploring the context of human freedom, edited by Roger Bissell, Chris Matthew Sciabarra and Edward W Younkins, loc 1852-1886/8713.
[iii] Kinsella, op.cit. loc 1886-1921/8713.