Was individual liberty discussed as a political ideal in the ancient world?

“There seems to be scarcely any discussion of individual liberty as a conscious political ideal (as opposed to its actual existence) in the ancient world.”

Isiah Berlin wrote that in his essay, Two concepts of liberty, first published in 1958. Berlin was a distinguished, Russian born, British social and political theorist, philosopher and historian of ideas. His view should not be lightly dismissed, but he does seem to have understated the extent of discussion of individual liberty as a conscious political ideal in ancient Athens and Attica.

Why should we care whether people in the ancient world discussed individual liberty as a conscious political ideal, or just took it for granted? I think we should care because the reasons why norms of liberty emerged and disappeared in parts of the ancient world may have contemporary relevance. An understanding of the role played by conscious endorsement or opposition in sustaining or eroding norms of liberty in the ancient world might help us to understand the presence, absence, strength or fragility of those norms in various parts of the world today. 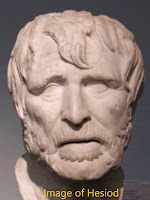 In one of his online articles about Ancient Greece’s Legacy for Liberty, Roderick Long draws attention to the views of Hesiod, along with Homer one of the twin founders of Greek epic poetry. Hesiod’s poems appear to date from the 8th or 7th century BCE. In his poem, Works and Days, Hesiod advocates respect for the rights of others. He advises his brother Perses, to “put away all notions of violence” for “fish, and wild animals, and the flying birds” may “feed on each other, since there is no idea of justice among them,” but “to men [Zeus] gave justice,” which is the “best thing they have.”  Hesiod condemns both force and fraud: the grabbing of goods either by “force of hands” or by “cleverness of … tongue.”

Hesiod contrasts war and market competition as “two Strifes” with different natures:
“There is one Strife who builds up evil war, and slaughter.
She is harsh; no man loves her ….
But the other one was born the elder daughter of black Night. …
she is far kinder.
She pushes the shiftless man to work, for all his laziness.
A man looks at his neighbor, who is rich:  then he too
wants work ….  Such Strife is a good friend to mortals.
Then potter is potter’s enemy, and craftsman is craftsman’s
rival; tramp is jealous of tramp, and singer of singer”.

In The Other Greeks, Victor Hanson notes that Hesiod presented an ideology of reward for honest toil in agriculture. Secure property rights gave the owners of small farms incentives to work hard. Successful farmers were able to expand their holdings. Hesiod’s views about the virtue of hard work were presumably shared by the owners of many small farms at the beginning of the polis period of ancient Greece.

Hanson argues that the owners of small farms had a strong impact on the development of democracy in ancient Athens. He notes that by the early 6th century BCE Athens had free markets and “was struggling toward the formal political recognition of a true class of yeomanry, who owned their own plots and sought political representation equal to their economic success".

Most of these farmers were apparently hoplites (citizen soldiers) who made up nearly half the citizen population of the early poleis after having been incorporated by the Solon, a famous lawmaker, into the Athenian political system around 600 BCE. Hanson comments:
“An enormous social transformation had obviously taken place in Greece, nothing less than the creation of an entire class, which through sheer preponderance of numbers overwhelmed the aristocratic culture of Dark-Age Greece."

The Athenian democracy gave citizens considerable individual liberty as well as the right to participate in politics. According to Thucydides, the leading Athenian politician Pericles (c. 495-429 BCE) declared:
“The freedom which we enjoy in our government extends also to our ordinary life. There, far from exercising a jealous surveillance over each other, we do not feel called upon to be angry with our neighbour for doing what he likes”.

Writing later, Plato and Aristotle agreed with that assessment, but were critical of the individual liberty they saw exercised in Athens. Roderick Long suggests that Plato makes Athenian democracy sound like the panarchist ideal: there is “no compulsion to rule in this city, even if you are qualified to rule, or to be ruled if you do not want to be; or to be at war when the others are at war, or to keep the peace when the others are keeping the peace,” so that democracy constitutes not so much a single political system as a “supermarket of constitutions” where each person can “pick out whatever pleases him”. Aristotle suggested that according to the democratic conception, “freedom and equality consists in every one’s doing what they please,” so that “every one may live as he likes.”

An eminent  ancient historian also discussed freedom of speech as a political ideal. Herodotus (c. 484-425 BCE) puts into the mouth of Artabanos, advisor to Xerxes, a defense of the distinctively Athenian ideal of freedom of speech:
“O king, if opinions opposed to one another be not spoken, it is not possible to select the better in making the choice, but one must accept that which has been spoken”.

Did imposition of the death penalty on Socrates (399 BCE) for exercising freedom of speech conflict with that ideal? Chris Berg suggests that Socrates’ use of irony and rhetorical skill to induce people into questioning their beliefs would have been seen to be contrary to the purpose of Athenian speech freedoms. Socrates might have appeared to be deceitful because he was not forthright in expressing personal views. That interpretation of events is consistent with Plato’s account of the defence Socrates offered at his trial. Rather than defending his right to freedom of speech, Socrates asserts that he is honest and undeceitful.

Although the norms of liberty that existed in ancient Athens seem to have evolved without much conscious effort, they were not taken for granted. There was considerable discussion of the extent to which individual liberty was desirable, and the weight of intellectual opinion seems to have generally been more sceptical of the merits of liberty than it is today.