How did we get from natural law to natural rights?

It seems to be becoming fashionable these days for people in the western world to downplay the importance of liberty. Some people even express a Utopian vision of a society in which we would sacrifice liberty to enable wise scientists to govern our lives, making sure we don’t harm the environment, that everything we do is in the interests of social justice, that no-one says or does anything that might offend anyone else, and of course, that we all feel happy. When you try to remind these visionaries that scientific socialism ended in tyranny, they say it will be different next time. When such people take over, guess what happens.

"Power tends to corrupt, and absolute power corrupts absolutely. Great men are almost always bad men."
Lord Acton wrote that in 1887, well before Lenin, Stalin and Mao, came on the scene as young idealists, intent on creating utopias. They were ruthless in attaining power, and became evil tyrants to retain it.

Anyone who doubts the value of liberty should ask themselves what it would be like to live in a country that doesn’t allow the basic freedoms that they take for granted. What would it be like to live in a country where you don’t have freedom of religion, where you can be put in jail for expressing views not approved of by political leaders, where you could be subject to arbitrary arrest, where your property can be seized by the government, or where your freedom to  move around is restricted? Such countries are still easy to find.

The purpose of that introductory rant was just to suggest that the liberty we have is worth keeping. If you want to keep it, you should be interested in how we got it. 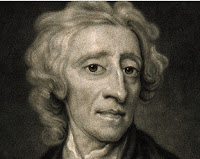 John Locke’s Second Treatise on Civil Government was “outstanding in its lasting effects”. The quoted phrase, by Friedrich Hayek, is in the Constitution of Liberty (p 170). Rights to life, liberty and property are often referred to as Lockean rights. The attribution is appropriate even though the definition of such rights has changed somewhat since Locke wrote his Second Treatise. Locke’s exposition of natural rights has had lasting effects on political philosophy and discussion of constitutional issues.

Locke’s view of natural rights stems from his perception of the state of nature, prior to government:
“In this state men are perfectly free to order their actions, and dispose of their possessions and themselves, in any way they like, without asking anyone’s permission—subject only to limits set by the law of nature”.
He goes on to explain that natural law entails obligations to respect the life, liberty and possessions of others:
“The state of nature is governed by a law that creates obligations for everyone. And reason, which is that law, teaches anyone who takes the trouble to consult it, that because we are all equal and independent, no-one ought to harm anyone else in his life, health, liberty, or possessions.”
A couple of chapters later, in explaining property rights, Locke asserts that individuals own themselves:
“every individual man has a property in his own person; this is something that nobody else has any right to. The labour of his body and the work of his hands, we may say, are strictly his. So when he takes something from the state that nature has provided and left it in, he mixes his labour with it, thus joining to it something that is his own; and in that way he makes it his property”.

John Locke obviously made an important contribution in explaining that natural law implies natural rights. However, I don’t think a few quotes from Locke provides an adequate answer to my question of how we got from natural law to natural rights. As discussed in a recent post, the history of liberty began in the ancient world.

Where can we find an example from the ancient world of a statement of natural law that provides some recognition of a right to liberty? Aristotle might come to mind as a possibility, but as indicated in another recent post, I have some misgivings about his account of natural law.

Cicero provided a more coherent account of natural law, in my view. He saw natural law as a moral force integral to human nature, whilst also recognizing the laws of the republic as the product of an evolutionary process protecting the rights of citizens.

Cicero was a Roman statesman, lawyer and philosopher who lived from 106 BC- 43 BC. He has been described as eclectic in his philosophy (e.g. by Anthony Kenny in A NewHistory of Western Philosophy, 2010). For my purposes, Cicero’s eclecticism is helpful. His views provide a coherent synthesis of some of important contributions of those who came before, including Aristotle and the Stoics.

The following quotes from Cicero’s Treatise on the Laws illustrate his view of natural law as an inner moral force:
“For of all the questions on which our philosophers argue, there is none which it is more important thoroughly to understand than this, that man is born for justice, and that law and equity are not a mere establishment of opinion, but an institution of nature”.
“But in nothing is the uniformity of human nature more conspicuous than in its respect for virtue. What nation is there, in which kindness, benignity, gratitude, and mindfulness of benefits are not recommended? What nation in which arrogance, malice, cruelty, and unthankfulness, are not reprobated and detested!”
“It follows, then, in the line of our argument, that nature made us just that we might participate our goods with each other, and supply each others’ wants”.
“As far as we are concerned, we have no other rule capable of distinguishing between a good or a bad law, than our natural conscience and reason. These, however, enable us to separate justice from injustice, and to discriminate between the honest and the scandalous”.

The laws of ancient Rome gave citizens immunity from arbitrary arrest and recognized their rights to make legal contracts, to own property, to choose an occupation, and to move freely, as well as the right to vote and stand for public office. In the introduction to The Republic Cicero recognised that the laws of the republic were the product of an evolutionary process. He approvingly quoted Cato, the elder, as claiming “that the condition of Rome was pre-eminent above all other countries” because:
“the constitution of our republic was not the work of one, but of many; and had not been established in the life of one man, but during several generations and ages. For [Cato] said so powerful a mind had never existed; from which nothing had escaped; nor that all minds collected into one, could foresee so much at one time, as to comprehend all things without the aid of practice and time”.

It seems to me that many of the ingredients of John Locke’s perception of natural rights were already present in Cicero’s account of natural law. That leads me to my next question:
How did we get from Cicero to Locke?