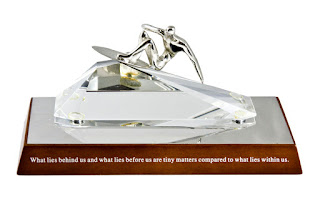 When I was young it seemed possible for most people in relatively high income countries to choose a career suited to their personal abilities and inclinations, obtain the qualifications necessary to pursue that career and then look forward to working in the same occupation until their retirement. It seemed possible for people to plan their lives around stable career paths, in order to obtain the optimal combination of income, interesting work, job security, or whatever else they were seeking. Educational opportunities depended to a larger extent on wealth and/or ability, and career opportunities for women were more restricted that at present. Nevertheless, everyone who applied themselves diligently was predicted to end up having a successful career.

From an individual's perspective, such predictions were always problematic. For one reason or another, some people were more successful than predicted. Others made mistakes in their career choices and either changed paths, or came to perceive themselves as square pegs trying to fit into round holes. There was always a lot of adjustment going on in the labour market as people moved between firms and industries in search of better opportunities, or as a result of retrenchments. Most people ended up with satisfying careers, but some didn’t.

These days there is much greater uncertainty about whether young people will be able to pursue the careers they prepare for, even though educational opportunities are more widely available. Predictions can be made about the kinds of skills that are likely to be in demand in future (see, for example a post I wrote last year on this question) but we cannot be confident that any particular academic pursuits (including STEM subjects) will necessarily produce the skills that potential employers might want.  Acquiring useful skills and obtaining rewarding employment seems to be becoming more akin to an entrepreneurial process of discovering and gearing up to supply a market niche.

In thinking about the process of skill acquisition and job search it may be helpful to reflect upon Israel Kirzner’s view of the way entrepreneurial decision-making differs from economizing decision-making i.e. efficient use of known means to achieve known ends. Kirzner notes that entrepreneurial decision-making requires a posture of alertness:
‘In addition to the exploitation of perceived opportunities, purposive human action involves a posture of alertness toward the discovery of as yet unperceived opportunities and their exploitation. This element in human action – the alertness toward new valuations with respect to ends, new availability of means – may be termed the entrepreneurial element in the individual decision’ (Perception,Opportunity and Profit, p 109).

Of course, occupations are just one aspect of life. How does the forgoing discussion relate to the question I asked at the outset was about human flourishing? Is it reasonable to argue that the entrepreneurial alertness discussed by Kirzner is an important component of the practical wisdom required for individual human flourishing?

In my view, Douglas Den Uyl and Douglas Rasmussen make a strong case for that in their recently book, The Perfectionist Turn, aspects of which have been briefly discussed in the last two posts on this blog (here and here). After acknowledging Kirzner’s insights, the authors suggest that just as entrepreneurship involves a discovery process, so too does human flourishing. This is contrary to the view of people who imply that pursuit of our final end in life is merely an optimisation process:
‘Knowing what our end is, so it is said, will leave us only the task of utilizing the means at our disposal to effectively achieve that end. Yet, as we have tried to show in our various discussions of freedom and self-direction, our end of a perfecting or flourishing life is not like one of using known resources in their most effective manner. Rather the perfecting is more like discovering means available to such an end that are as yet unknown, or only partly known, to us. Moreover, once those means are discovered, it is equally mistaken to suppose that efficient usage is the only remaining challenge. Because perfecting or flourishing is not a passive state but an activity, there is virtually a constant reassessment of the adequacy and appropriateness of the means; this, as a consequence, suggests openness and alertness to new opportunities amidst changing circumstances. Finally, optimization suggests efficiency along only one dimension, but flourishing (at least in our view) is inclusive of multiple dimensions’ (p 287-8).