Can historical injustice be redressed? 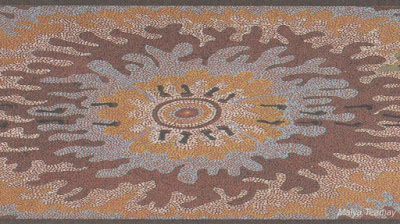 This question arose as I was reading about the theme of this year’s NAIDOC week. NAIDOC week, held this year from 4-11 July, celebrates the history, culture, and achievements of Aboriginal and Torres Strait Islander peoples.

The theme for NAIDOC week this year is “Heal Country”. The role of traditional management practices in protecting land from bushfires and droughts is mentioned specifically as part of the theme, but “country” encompasses all aspects of Indigenous culture.

The NAIDOC committee explains that “Healing Country means embracing First Nation’s cultural knowledge and understanding of Country as part of Australia's national heritage”. Australians, from all walks of life, have shown increasing concern to protect Indigenous cultural heritage. For example, when a mining company blew up an aboriginal sacred site in Western Australia last year, I found myself among the many people who felt that something significant to Australia’s national heritage had been destroyed.

“To Heal Country, we must properly work towards redressing historical injustice.”

However, that follows a statement implying that fundamental grievances would not vanish following “fair and equitable resolution” of “outstanding injustices”:

“In the European settlement of Australia, there were no treaties, no formal settlements, no compacts. Aboriginal and Torres Strait Islander people therefore did not cede sovereignty to our land. It was taken from us. That will remain a continuing source of dispute.”

Working toward redressing historical injustice will not extinguish fundamental grievances. It would be naïve to expect that it would. Few humans find it easy to let go of their grievances, even when they accept that their personal interests would be better served by viewing historical events as “water under the bridge”.

Some readers may be thinking at this point that it is futile to attempt to redress historical injustices if such attempts cannot prevent those injustices from being viewed as an ongoing source of “grievances”. I don’t concur with that view. As I see it, the central issues of concern in redressing historical injustices are about justice, or fairness, rather than about attempting to assuage ongoing feelings of grievance felt by descendants of victims.

Historical injustice to Indigenous Australians stems from the failure of governments to recognize and protect their natural rights following colonization. It is arguable that current governments have an obligation to remedy adverse consequences flowing from the failures of their predecessors.

However, it is no easy matter to assess the extent to which opportunities currently available to Indigenous Australians have been adversely affected by historical injustices. A better understanding of history is a necessary step in the direction of any such assessment. It is pleasing to see the NAIDOC committee express the view:

“While we can’t change history, through telling the truth about our nation’s past we certainly can change the way history is viewed.”

The truth includes dispossession of land over much of the country, but it is difficult to generalize about what followed. Jim Belshaw, who knows more about history than I do, describes it recently as involving “uneasy co-existence, resistance and then survival and now, hopefully, recovery”. Even those broad stages might not be equally relevant in all parts of the country.

The truth also includes the existence of the “grave social and economic disadvantage”, referred to by the NAIDOC committee, but that cannot be wholly attributed to historical injustices.

As discussed in my recent book, Freedom, Progress, and Human Flourishing, there has been massive growth of opportunities for human flourishing over the last 200 years in Western liberal democracies, including Australia. I suggest in the Preface:

“Those of us who have the good fortune to live in Western liberal democracies have opportunities that we might crave if we lived elsewhere in the world”.

I think that applies to the Indigenous people of Australia as well as to other Australians. The opportunities we all currently enjoy should be sufficient to offset any ongoing social and economic consequences of injustices suffered by our ancestors.

So, how can I explain the relatively poor social and economic outcomes of many Indigenous people in Australia? It seems to me that anyone seeking the truth about this should consider the adverse consequences over the last 50 years of extending unemployment benefits and other welfare support to Aboriginal communities in remote areas. Ongoing social and economic disadvantage may be strongly linked to well-meaning efforts during the 1970s to remove discrimination against Indigenous people in access to government welfare support.

That is not a novel idea, but governments have found it difficult to implement welfare policies with more appropriate incentives. There has been little progress toward “closing the gap” in social and economic outcomes. Hopefully, greater involvement of local communities will result in better outcomes in future.

In my view, as discussed in Freedom, Progress, and Human Flourishing, the flourishing of humans is intrinsically a matter for individual self-direction, rather than something to fostered by human development experts, or social planners. Social and economic context influence opportunities available, but the capacity of individuals for wise and well-informed self-direction is of central importance to their own flourishing. It is inspiring to see increasing numbers of Indigenous Australians achieving outstanding success in their chosen fields, despite injustices suffered by their ancestors and the limited opportunities currently available in their local communities.