Is there no nook of English ground secure from rash assault?

The question is from the first lines of a poem by William Wordsworth, written in 1841 in protest against plans for construction of the Kendall to Windermere railway in the Lakes District of England.

Wordsworth was not impressed by the view that the railway would place the beauty of the Lakes District within easier reach of these who would not otherwise have access to it. He described such arguments as: ‘Utilitarianism, serving as a mask for cupidity and gambling speculations’. Environmentalists sometimes advance similar arguments these days, but few are as rash as Wordsworth. The famous poet suggested that an appreciation of the beauty of romantic scenery was beyond the capability of ordinary people:
‘Rocks and mountains, torrents and widespread waters, and all those features of nature which go to the composition of such scenes as this part of England is distinguished for, cannot, in their finer relations, to the human mind be comprehended, even very imperfectly conceived, without processes of culture or opportunities of observation in some degree habitual’.

Our rash assault on Lake Windermere took place late in August, via the steam train from Haverthwaite to Lakeside. 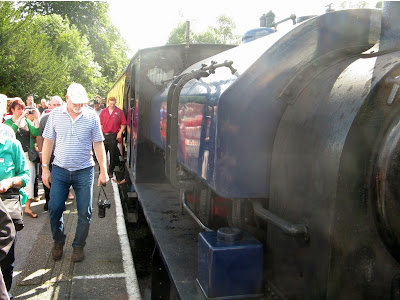 It is hard to imagine that any reader of this blog would have difficulty in appreciating the beauty of Lake Windermere, but I will nevertheless add some of Wordsworth’s poetry below my photos. 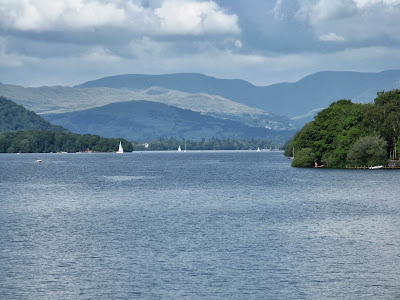 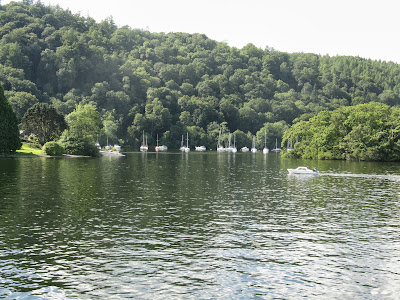 Standing alone, as from a rampart’s edge,
I overlooked the bed of Windermere,
Like a vast river, stretching in the sun.
With exultation, at my feet I saw
Lake, islands, promontories, gleaming bays,
A universe of Nature’s fairest forms
Proudly revealed with instantaneous burst,
Magnificent, and beautiful, and gay.

After our cruise on Lake Windermere we visited Grasmere. 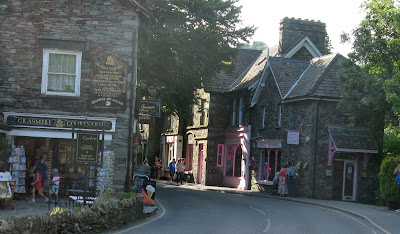 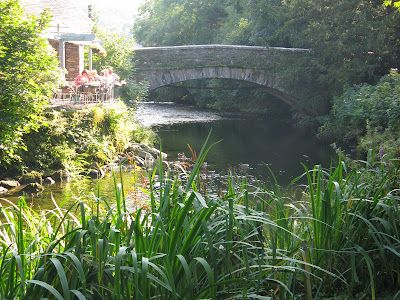 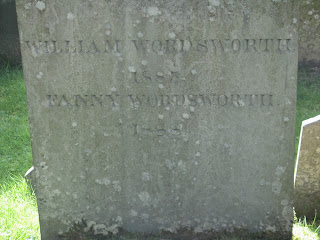 Rest in peace, William Wordsworth. I hope our visit did not disturb you too much. We were only in your beautiful Lakes District for one day.
John Stuart Mill, one of the most famous advocates of utilitarianism, walked all over your Lakes District for the best part of a month in July-August 1831 and even spent about 4 days walking and talking with you.

The best explanation of Mill’s views at that time seems to be that he was somewhat confused after setting out to expose himself to a variety of different views opposed to radical utilitarianism - the secular religion of his youth. Mill did this following a mental crisis which he attributed to realization that even if all his (radical utilitarian) objectives were realized, he would not be filled with ‘great joy and happiness’. In addition to the views of Wordsworth, Mill became strongly influenced at that time by French secular messiahs, Saint-Simon and Auguste Compte. (Mill’s involvement in that brand of secular religion has been examined by Linda Reader in her book, John Stuart Mill and the Religion of Humanity, 2002.)

Mill embraced the poetry of Wordsworth because it helped him to achieve a more tranquil mental state. I expect that vast numbers of people have been similarly helped by the imagery of the Lakes District conveyed by Wordsworth’s poetry.
Posted by Winton Bates at 7:30 AM