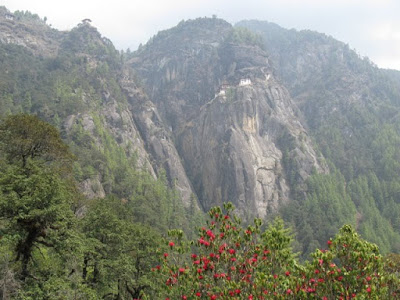 Just about everyone who has heard of Bhutan would know that this tiny country – with population of about 800,000 in an area similar in size to Switzerland - has adopted Gross National Happiness as a national objective. The objective apparently has its origins in the 1970s in an assertion by the former king of Bhutan, Jigme Singye Wangchuck, that ‘Gross National Happiness is more important than Gross National Product’. Despite the origins of gross national happiness (GNH) in a play on words it is now recognized as an objective in Bhutan’s constitution.

I wrote a literature review article about GNH last year for Asian-Pacific Economic Literature (Vol 23 No 2). The article considers whether aggregate happiness is an appropriate policy objective and the advantages and disadvantages of various well-being indicators. (A policy brief summarising the article is available here; the final version of the article can be purchased here; and a draft is freely available here.) My conclusions, very briefly, were that it is possible to make sense of GNH as a policy objective if we think in terms of creating conditions in which individual strivings can succeed; that there are problems with happiness surveys and with composite measures of well-being (such as the human development index) as well as with GNP (and GDP). I acknowledged that the recently developed approach to GNH measurement in Bhutan is an impressive contribution, but my bottom line was that the best approach to well-being assessments is to gather together a suite of relevant indicators.

How is GNH measured in Bhutan? A few years ago the official answer was that happiness was measured by looking at the breadth of the smiles on the faces of the people. However a more quantitative and technical approach to measurement has recently been adopted. The underlying philosophy seems to be that a range of minimum conditions must be met before a person can be considered to be happy. The methodology involves attempting to measure the extent to which the attainments of members of the population approach a ‘sufficient level’ in nine dimensions: psychological well-being, time use, community vitality, diversity and resilience of cultural traditions, health, education, environment (perceptions and ecological knowledge), living standards and perceptions of governance. The methodology gives greater weight to large deficits in particular dimensions than to small deficits in several dimensions.

So, how happy are the people of Bhutan? Unfortunately, since Bhutan is the only country attempting to measure GNH, we can’t use the GNH methodology to compare the well-being of people in Bhutan and other countries. The initial survey results enable comparisons to be made between people in different regions in Bhutan – which may be useful for policy purposes within Bhutan – but is not helpful in making international comparisons.

In any case, I think the best way to assess the well-being of the Bhutanese people is to use a suite of indicators to look at how they are faring by comparison with India, their big neighbour. For example:

• average life satisfaction in Bhutan (according to nef estimates) is about 11 per cent higher than in India.

It seems to me that even though the people of Bhutan have plenty to smile about there is still room for improvement in some aspects of their well-being e.g. health and education.
Posted by Winton Bates at 11:09 AM

Email ThisBlogThis!Share to TwitterShare to FacebookShare to Pinterest
Labels: GNH: Bhutan, The good society, Well-being measurement issues, What is happiness?

Winston, you can't compare a counry with the population of 800,000 to a country that has a population of 1.21 billion. Secondly these facts are again false presentation of everything as major investments in Bhutan comes from India and major exports of Bhutan are to India.You can't compare oranges with apples. It is like asking an elephant to race with a horse.

Hi Raja
I don't see why population should matter to the comparison. It would be valid to compare one of the states in India with averages for the whole country, so what can be wrong with making a comparison with a small neighboring country?

When I turned back to see and remembered the brutality of the king and his peripheral followers in 1990 was incredible, inhuman and unacceptable.I was jung at that time but I remember how mercilessly police and army tortured the southern Bhutanese Civilians.This act of inhumanity is unforgettable experience in my life.The Recists, Feudal and autocratic rulers have confiscated my parents Nationality and all land and house properties.They forced us to filled up the voluntary emigration form at the gun point and later expelled out from the nation.This intolerable act of crime committed bu the king to my family is always remembered. You made me a stateless Refugee.The exiled Bhutanese citizens will continue to advocate and make public about your deeds.Even I resettled to any part of the globe you all dictators will never stop to express my reality.Introduction of democracy does not meet the demands of the peoples.What type of democracy you give to your peoples when you rulers do not understand the meaning of democracy.Over 80 thousands of lhotshampas are deprived of nationality.Deprived of right to vote.Thousands of children from Lhotshampas' community in the south are deprived basic education. Your democracy does not include all political parties in exiled.The Bhutan Peoples' Party which represent more than half population of Bhuran has be declered as the party of anti nationals. MY political struggle will continue even I stay any part of the world.You have succeed to eye washed the International community by introducing fake democracy and GNH term.You still do not let the human rights organization , amnesty international and other organization to conduct their works.The free and independent media are under the control of the dictator King and ministral Jigme Y .Thinley.You most learn from the external world how dictator have been destroyed. One day your suppression will inspired your people to be free from liberty and that time the king existance will be uprooted.The days are not far away.You will never dominate the people voice like you did in 1990.The whole world is watching closely and that time you will have no time to print the voluntary emmigration form again.